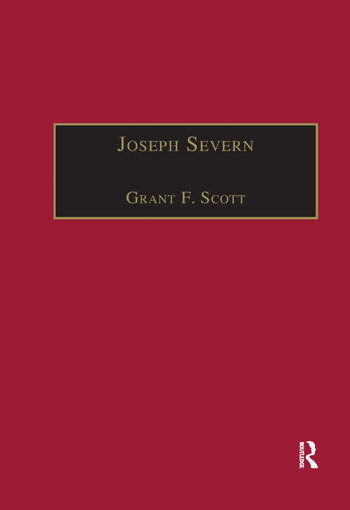 This is the first modern scholarly edition of the letters and memoirs of Joseph Severn, English painter and deathbed companion of John Keats. It includes letters from a remarkable collection of never-before-published correspondence held by descendants of the Severn family. Scott's unprecedented access to hundreds of new letters has resulted in a major revisionist work that challenges traditional ideas about Severn's life and character. The edition includes new information about Severn's early artistic success in Italy, an extraordinarily thorough record of his day-to-day activities as a working artist in England, and surprising details about his experience as British Consul in Rome. The volume represents a significant work of recovery, printing in full three important memoirs that have until now appeared only in inaccurate excerpts and offering thirty-three illustrations that demonstrate the range of Severn's talents as a painter. Scott makes a compelling case for a revaluation of Severn, whose friends also included Charles Eastlake, William Gladstone, Leigh Hunt, John Ruskin, and Mary Shelley. This collection will prove valuable not only to literary biographers and Keats scholars, but also to art and cultural historians of the Romantic and Victorian eras. Adding significantly to the volume's usefulness are a detailed chronology of Severn's life and artwork, and appendices containing an index of the newly discovered letters and a ledger of Severn's patrons, paintings and commissions.

Grant F. Scott is Professor of English at Muhlenberg College, the author of The Sculpted Word: Keats, Ekphrasis, and the Visual Arts (1994), and the editor of Selected Letters of John Keats (2002). He is also Co-Editor of the interdisciplinary journal European Romantic Review.

'Everyone who loves John Keats has a soft spot for Joseph Severn. Grant F Scott has [...] found hundreds of "new" letters, rescued a long and largely unknown memoir from obscurity, re-edited everything, and surrounded it with a briskly written critical commentary. It's an important job, and difficult to see how anyone could have done it better.' Andrew Motion, The Guardian '...excellent new collection of Severn's letter and memoirs... Professor Scott has produced a work of genuine scholarship with an introduction which is both informative and extremely readable.' Juliet Townsend, The Spectator 'This is a book I’ve been waiting half a century for-a fresh investigation of Keats’s friend Severn by way of his mostly manuscript letters, his unpublished memoirs, and new information about his paintings. Grant Scott has done a major piece of research of the sort that few scholars these days know how to do. His book is a most valuable contribution to the biographical, literary, and cultural understanding of some extremely important nineteenth-century British writers and artists.' Jack Stillinger, Center for Advanced Study, Professor of English, University of Illinois at Urbana-Champaign '... a fine, welcome book that is a treasure-trove of revelatory and provocative information on a neglected artist and lost cultural period situated between Romanticism and Victorianism. Severn emerges not only as an important artist deserving new attention in his own right, but as a significant conduit figure in the aesthetic passage between Keats and the Pre-Raphaelites. Grant Scott's act of recovery here is to be commended for being at once scholarly, engaging, suggestive of future work, and entertaining.' Hermione de Almeida, Pauline Walter Professor of English and Comparative Literature,The University of Tulsa 'This is a wonderful scholarly enterprise that will be invaluable to students of Keats and his circle.' Duncan Wu, Professor of English Language and Literature, St. C