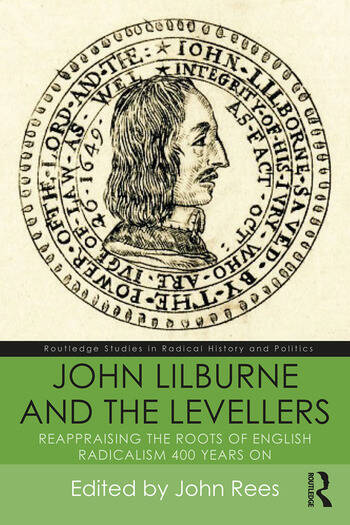 John Lilburne and the Levellers: Reappraising the Roots of English Radicalism 400 Years On

John Lilburne (1615–1657), or 'Freeborn John' as he was called by the London crowd, was an important political agitator during the English Revolution. He was one of the leading figures in the Levellers, the short-lived but highly influential radical sect that called for law reform, religious tolerance, extended suffrage, the rights of freeborn Englishmen, and a new form of government that was answerable to the people and underpinned by a written constitution.

This edited book assesses the legacy of Lilburne and the Levellers 400 years after his birth, and features contributions by leading historians. They examine the life of Lilburne, who was often imprisoned and even tortured for his beliefs, and his role as an inspirational figure even in contemporary politics. They also assess his writings that fearlessly exposed the hypocrisy and self-serving corruption of those in power – whether King Charles I or Oliver Cromwell. They look at his contribution to political ideas, his role as a revolutionary leader, his personal and political relations with his wife Elizabeth, his exile in the Netherlands, his late decision to become a Quaker, and his reputation after his death.

This collection will be of enormous interest to academics, researchers, and readers with an interest in the English Civil War, seventeenth-century history, and the contemporary legacy of radical political tradition.

Chapter 4: Women and the Levellers: Elizabeth and John Lilburne and their associates (Ann Hughes)

John Rees is a visiting research fellow at Goldsmiths, University of London, UK. His doctoral research was on the Levellers and he was the organiser of the John Lilburne 400 conference in 2015. His previous publications include: The Algebra of Revolution (1998); Imperialism and Resistance (2006); Timelines: A Political History of the Modern World (2012); and The People's History of London (with Lindsey German) (2012). He is a member of the editorial board of Counterfire and a co-founder of the Stop the War Coalition.

John Lilburne and the Levellers: Reappraising the Roots of English Radicalism 400 Years On