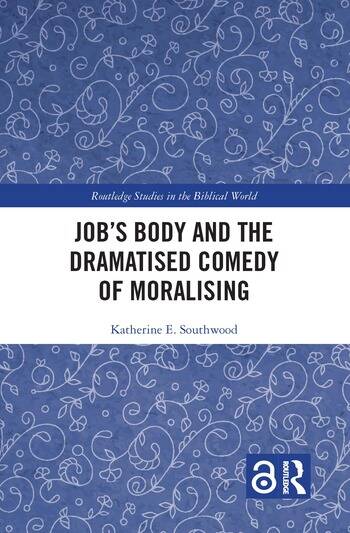 This book focuses on the expressions used to describe Job’s body in pain and on the reactions of his friends to explore the moral and social world reflected in the language and the values that their speeches betray.

A key contribution of this monograph is to highlight how the perspective of illness as retribution is powerfully refuted in Job’s speeches and, in particular, to show how this is achieved through comedy. Comedy in Job is a powerful weapon used to expose and ridicule the idea of retribution. Rejecting the approach of retrospective diagnosis, this monograph carefully analyses the expression of pain in Job focusing specifically on somatic language used in the deity-attack metaphors, in the deity-surveillance metaphors and in the language connected to the body and social status. These metaphors are analysed in a comparative way using research from medical anthropology and sociology which focuses on illness narratives and expressions of pain.

will be of interest to anyone working on the Book of Job, as well as those with an interest in suffering and pain in the Hebrew Bible more broadly.

2. Methinks the Job he doth Protest too Much

3. The Tyranny of Tradition

4. Pride comes before a Fool: Job’s loss of Social Status

5. Conclusion: Is the answer for Job blowin’ in the Wind?

Katherine E. Southwood is an Associate Professor in the Faculty of Theology and Religion at the University of Oxford, UK, and Tutorial Fellow in Theology and Religion and Fellow for Women at St. John's College, Oxford. She is author of Marriage by Capture in Judges 21: An Anthropological Approach (2017) and Ethnicity and the Mixed Marriage Crisis in Ezra 9-10: An Anthropological Approach (2012).