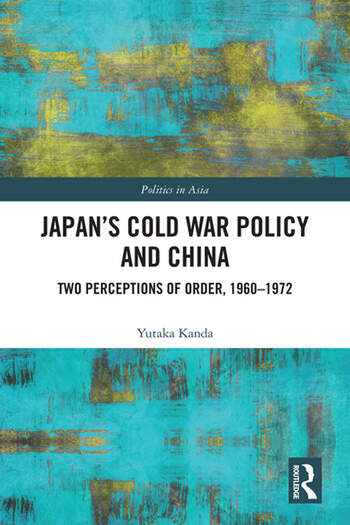 From 1960s to the early 1970s in East Asia, the Cold War bipolar system, centering on the US and USSR, shifted to a more complicated structure. After the Cuban Missile Crisis, Washington and Moscow accelerated the détente process, leading China to fear a "collusion" of the two superpowers. Publicly attacking its former ally while continuing to fight against America, China rose as a symbol of multipolarization in international politics during this era. Focusing on Japan’s policy toward this changing paradigm, Kanda examines Japanese leaders’ perceptions of the international order and how they reacted to this changing international environment.

This book moves beyond the traditional Eurocentric view of the Cold War, emphasizing the significant role Japan played. The research provides insight into the foreign policy patterns of post-World War II Japanese diplomacy, particularly in relation to China and the USSR. The investigation relies on careful readings of archival records from Japan, China, Taiwan, the US, the UK, Australia and the UN, published diplomatic documents from France and Germany, and personal papers, diaries and memoirs.

This volume will appeal to anyone who is interested in postwar Japan's politics and diplomacy, international history of East Asia, and the Cold War history in general.

2. Chapter 1: Resistance and the Failed Isolation of China: The Ikeda Administration’s Policies Toward China, 1960–1964
Section 1: Willingness to Deal with the China Problems
Section 2: Running in Opposite Directions: Japan and the United States on their policies toward China and the Soviet Union
Section 3: Rise of the Sino-US Confrontation and the Collapse of Ikeda Diplomacy

3. Chapter 2: Adaptation to, and Discord with, US-Soviet Cooperation: Japanese Policy toward China in the Early Sato Administration 1964–1968
Section 1 Sato Eisaku’s Personality in His Policy toward China
Section 2: Sino-US Conflicts and the Formation of the Japan-US-USSR Affiliation
Section 3: Debate over the Isolation of China

Yutaka Kanda is Associate Professor in the faculty of Law at Niigata University, Japan