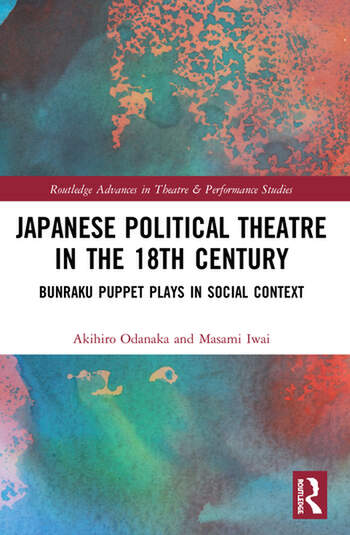 Bunraku has fascinated theatre practitioners through its particular forms of staging, such as highly elaborated manipulation of puppets and exquisite coordination of chanters and shamisen players. However Bunraku lacks scholarship dedicated to translating not only the language but cultural barriers of this work.

In this book, Odanaka and Iwai tackle the wealth of bunraku plays underrepresnted in English through rexamining their siginifcance on a global scale. Little is written on the fact that bunraku theatre, despites its elegant figures of puppets and exotic stories, was often made as a place to manifest the political concerns of playwrights in the 18th century, hence a reflection of the audience's expectation which could not have materialised outside the theatre. Japanese Political Theatre in the 18th Century aims to make bunraku texts readable for those who are interested in the political and cultural implications of this revered theatre tradition.

1. The Dramaturgy of Bunraku

2. The Battles of Coxinga: The Self-image of Early Modern Japan

3. A Courtly Mirror of Ashiya Dōman: the Echoes of a Shadowy Domain

4. Sugawara and the Secrets of Calligraphy: The Emperor and the Stability of Society

6. The Treasury of Loyal Retainers: Money Can Buy You Loyalty

7. The Genji Vanguard in Ōmi Province: The Osaka People are Indomitable!

9. Travel Game while Crossing Iga: Individuality on the Margin of Society

Appendix: Periodization of the History of Japan and its Major Geographical Traits

Akihiro Odanaka is Professor of Culture and Representation at the Graduate School of Literature and Human Sciences of Osaka City University, Japan. He covers a wide range of research fields, such as modern French theatre, the history of Western theatre, comparative theatre between Western and Japanese works, and the study of culture and representation. He is a Vice President for International Affairs at OCU.

Masami Iwai is Professor in the Faculty of Foreign Studies, Meijo University (Nagoya City) since 2016. His specialty is a historiography of Japanese traditional theatre from the 17th to the 20th century concerning kabuki, bunraku, and other performing arts. Besides his encyclopaedic knowledge of Japanese theatre, he has been interested in contemporary British theatre and translated three plays by Patrick Marber into Japanese: Dealer's Choice, Closer, and Howard Katz. Since 2010, he has been working on a joint research project with Dr Odanaka. 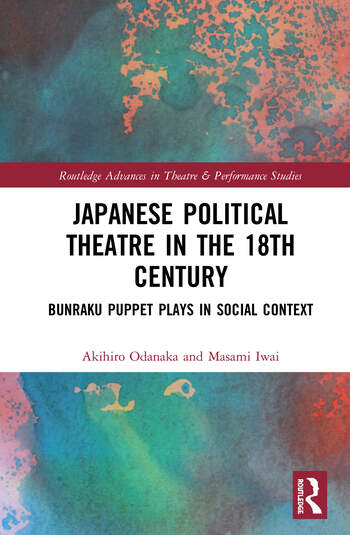