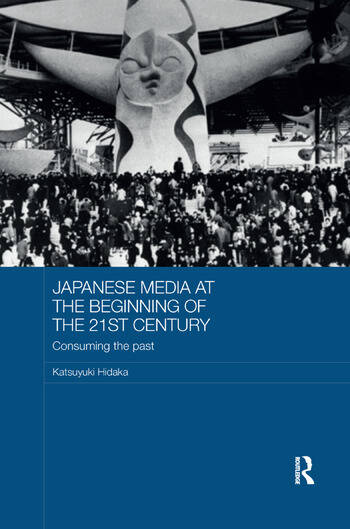 Japanese Media at the Beginning of the 21st Century: Consuming the Past

Hailed by Japanese critics as a milestone in the study of contemporary Japanese media, this book explores the contemporary ‘boom’ in Japanese media representations of the recent past. Recent years have seen the production of an unprecedented number of films, animation, manga, and television programmes representing a deeply nostalgic longing for the Japanese heyday of high economic growth in the 1960s and occasionally the 1970s known in Japan as the Shōwa ‘30s and ‘40s.

Hidaka provides a comprehensive account of an under researched contemporary Japanese media phenomenon by exploring why this nostalgia has been sparked at this particular historical juncture and how that period is represented in the Japanese media today. The book accomplishes this through a detailed textual and narrative analysis of representative films and television programmes, in relation to their social and cultural context. While these nostalgic media renderings are seen by many critics as innocuous, this study demonstrates that they do not show a simple yearning for the period, but reflects a growing discontent with Japanese post-war society. In this regard, this book concludes that the current nostalgia wave is a critical reaction to the recent past as it seeks to revise historiography through a processes of introspection within popular conceptions of the meta narrative of ‘nostalgia’.

3. Notes on Japanese Names and the Romanization of Japanese Words

6. Chapter 2 – Yearning for Yesterday: Is Modernity an Unfinished Project?—Always: Sunset on Third Street and Tokyo Tower: Mom and Me, and Sometimes Dad

8. Chapter 4 – Conflict between Ideal Self and Real Self—Twentieth Century Boys and Crayon Shin-chan: The Storm Called ‘The Adult Empire Strikes Back’

Katsuyuki Hidaka is Professor of Media and Cultural Studies at Ritsumeikan University in Kyoto, Japan. He is also a research associate at the School of Oriental and African Studies, University of London, from which he received his Ph.D. degree.

Japanese Media at the Beginning of the 21st Century: Consuming the Past