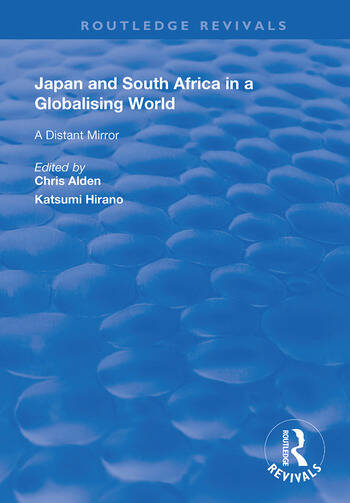 Japan and South Africa in a Globalising World: A Distant Mirror

This title was first published in 2003. From its position as one of Africa's major investors, and a top provider of development assistance, Tokyo's quiet diplomacy is having a growing impact on African affairs. This book illuminates the challenges facing the prospective partnership, and deconstructs the international political economy of this relationship. Furthermore, through a series of comparative studies, it explores the relevance of the content of the East Asian experience of South Africa and the continent as a whole. Features include: - an innovative study of the international political economy of an increasingly important relationship between Asia and Africa - an original analysis of the comparative dimensions of East Asia and Southern Africa's respective experiences in development - contextualizes the South African and Japanese experiences within the contemporary globalization debate The book is suitable for students and courses in international relations, development studies and comparative politics, as well as African and Asian studies.

'This book is an excellent analysis of the development policy of Korea and the associated political developments in revent years.' Journal of Contemporary Asia

Japan and South Africa in a Globalising World: A Distant Mirror