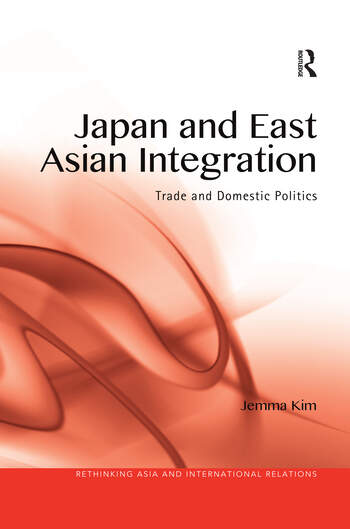 This book explores the turnaround in Japanese strategy and trade policy. Drawing on case studies and including interviews with FTA policymakers within the government and key interest groups it focusses on the domestic political process of FTA and Trans-Pacific Partnership (TPP) negotiations to investigate the cause of the policy shift.

Chapter 1 Globalization and the New Regionalism: The Interplay between Divergence and Convergence

The interrelationship between globalization and regionalism

The actors involved in the negotiation process and their composition

South Korea and the TPP

Japan and the TPP

Chapter 6 Conclusion: The Evolution and Implications of Japan’s FTA/TPP