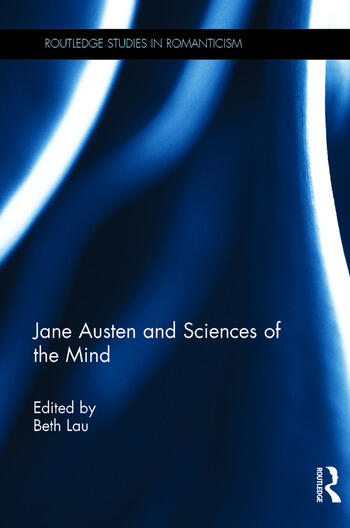 Jane Austen and Sciences of the Mind

The essays in this volume interpret Jane Austen’s fiction through the lens of various sciences of the mind and brain, especially the cluster of disciplines implicated in the term cognitive science, including neuroscience, evolutionary biology, evolutionary and developmental psychology, and others. The field of cognitive literary studies has rapidly developed in the last few decades and achieved the status of an established (if still evolving) critical approach. One of the most popular authors to analyze from this perspective is Jane Austen. As numerous critics have noted, Austen was a keen observer of how the mind operates in its interactions with other minds, both when it functions successfully and when, as often happens, it goes awry, and her perceptions are often in synch with current neuroscientific and psychological research. Despite the widespread recognition of the special congruity between Austen’s novels and cognitive science, however, no book has been devoted to this subject. Jane Austen and Sciences of the Mind is the first monograph wholly comprised of readings of Austen’s oeuvre (juvenilia as well as all six completed novels) from cognitive and related psychological approaches. In addition, the volume operates under the assumption that cognitive and historicist approaches are compatible, and many essays situate Austen within the climate of ideas during her era as well as in relation to current research in the sciences and social sciences. Jane Austen and Sciences of the Mind offers a new lens for understanding and illuminating the concerns, techniques, and enduring appeal of Austen’s novels.

1. Austen’s Juvenilia and Sciences of the Mind

3. Jane Austen and the Perils of Mental Time Travel

4. The Map of Love in Mansfield Park

8. Patterns of Attention and Memory in Jane Austen: Literary Neuroscience, History of Mind, and the Importance of Individual Difference

10. On Resilience and Jane Austen

Beth Lau is Professor of English Emerita at California State University, Long Beach, USA. She is the author of Keats’s Reading of the Romantic Poets (1991) and Keats’s Paradise Lost (1998), as well as numerous articles on various Romantic writers. She also edited Fellow Romantics: Male and Female British Writers, 1790-1835 (2009), the New Riverside edition of Jane Austen’s Sense and Sensibility (2002), and co-edited (with Diane Hoeveler) Approaches to Teaching Bronte’s Jane Eyre (1993).

Jane Austen and Sciences of the Mind