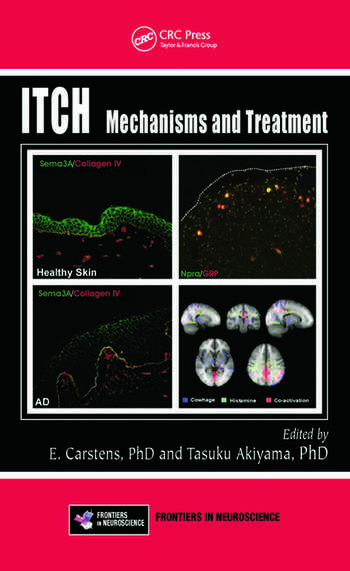 Advances in itch research have elucidated differences between itch and pain but have also blurred the distinction between them. There is a long debate about how somatic sensations including touch, pain, itch, and temperature sensitivity are encoded by the nervous system. Research suggests that each sensory modality is processed along a fixed, direct-line communication system from the skin to the brain.

presents a timely update on all aspects of itch research and the clinical treatment of itch that accompanies many dermatological conditions including psoriasis, neuropathic itch, cutaneous t-cells lymphomas, and systemic diseases such as kidney and liver disease and cancer.

Composed of contributions from distinguished researchers around the world, the book explores topics such as:

Examining new findings on cellular and molecular mechanisms, the book is a compendium of the most current research on itch, its prevalence in society, and the problems associated with treatment.

Itch Hypotheses: From Pattern to Specificity and to Population Coding; Hermann O. Handwerker

The Role of Transient Receptor Potential Channels in Acute and

Earl Carstens is Distinguished Professor of Neurobiology, Physiology and Behavior at the University of California, Davis. Dr. Carstens received his B.S. degree in biological sciences from Cornell University and his PhD degree from the University of North Carolina, Chapel Hill, in neurobiology. He conducted postdoctoral research on descending modulation of pain at the University of Heidelberg (Germany) school of medicine and joined the faculty at the University of California, Davis in 1980, where his research interests have focused on somatosensory mechanisms and particularly itch, pain, and chemesthesis. He was awarded Fulbright Senior Professor Research Awards in 1987 and again in 1995. He is currently vice president of the International Forum for the Study of Itch. Dr. Carstens has coauthored numerous research articles, book chapters, and reviews on itch, pain, chemesthesis, and mechanisms of anesthetic action.

is an assistant project scientist at the University of California, Davis. Born in Yamaguchi, he received his PhD in pharmacology at Toyama University. From 2008 to 2012, he was a postdoctoral fellow at the University of California, Davis, where he is currently an assistant project scientist. Dr. Akiyama’s research focuses on the investigation of neuronal mechanisms of itch and pain. His published work includes studies on the spinal and trigeminal processing of itch and pain, the neuronal mechanisms of itch in mosquito bite and dry skin, and the mechanisms of itch sensitization under chronic itch conditions. 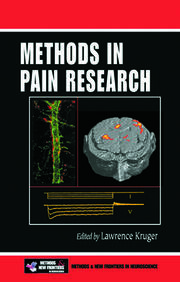 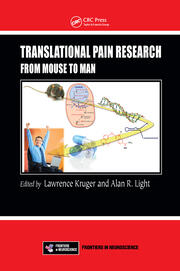 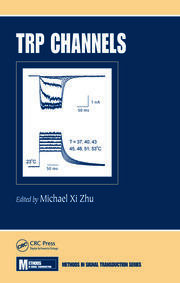