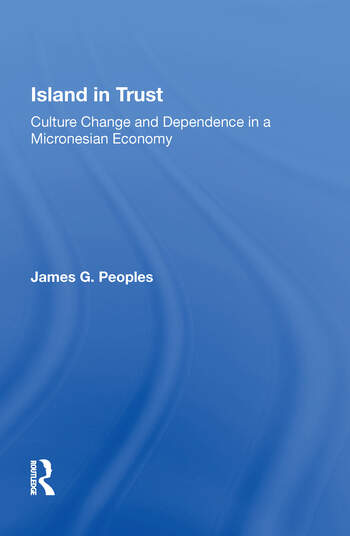 Island In Trust: Culture Change And Dependence In A Micronesian Economy

This book is a case study of economic change on a small Pacific island. The island, called Kosrae by the inhabitants, lies in the eastern Caroline Islands, which are part of the geographic and culture area known popularly as Micronesia. The author’s major aim is to show how economic change in one of the island's four villages is affected by the recent policies of the United States government, which has administered the widely scattered islands of Micronesia since 1947.

Island In Trust: Culture Change And Dependence In A Micronesian Economy