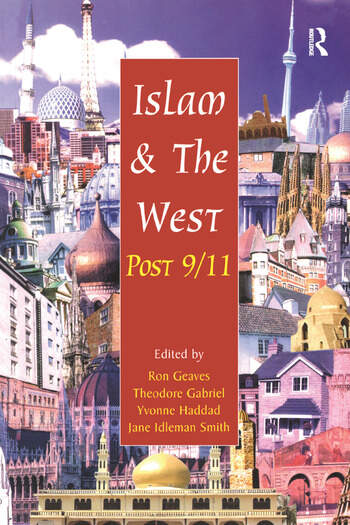 This book offers a chance for greater understanding of the political and religious groups in Islam that have contributed to events pre and post September 11th, and clearer insights into Muslim/Christian relations today. Many books have focused on the events of September 11th but have been primarily journalistic. This book draws together both Muslim and non-Muslim scholars who have been studying Christian/Muslim relations for many years. They assess the impact of 9/11 on Islamophobia and antipathy towards Muslims. Providing insights into various multi-cultural communities whose relations with Islam have been affected, the authors look particularly at regions where there are large minority Muslim communities (US and UK) and large minority non-Muslim communities (Indonesia and Nigeria). Assessing a number of issues impacting upon the teaching of Islam, this book allows readers to assess the consequences of the event and develop a more critical understanding of its implications.

'For sheer conceptual clarity and sensitive historical understanding, this book is a must read.' Ian Markham, Hartford Seminary, USA 'An important volume by scholars who have long been involved in Christian-Muslim studies... The book is closed by a brilliant overview of the themes presented, drawing together a number of significant threads.' Scientific and Medical Network Review ’With an index and endnotes for each chapter, this book covers a lot of material on Western/Muslim relations, topics that become more and more important to both sides as time progresses. The authors hail not only from Europe, North America and the Middle East, but also India and Africa, giving a more diverse coverage to the book and its topic in the hope of creating a better understanding between East and West. This book is executed in a clearly academic style since the authors are scholars, but it is still a great source for all for a better understanding of the Muslim world and the West.’ Curled up with a good book ’What becomes clear when perusing these articles is that the world's response to 9/11 and the academic discussion of it are still very much in flux. Whether it will prove to be the major historical watershed that some rhetoric makes it and what this will mean if it does remains to be seen. This volume will give the reader a good idea of where the discussion is now [...] and some useful suggestions as to where the responses may go.’ Australian Religious Studies Review