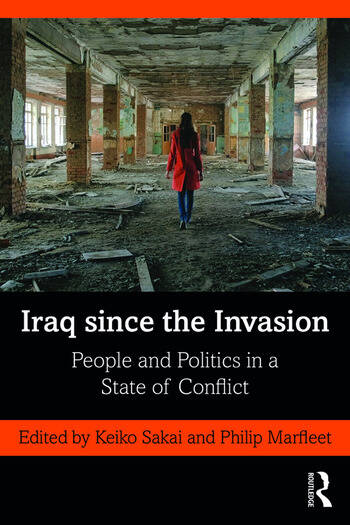 Iraq since the Invasion: People and Politics in a State of Conflict

This book addresses the complex events and unexpected outcomes of military intervention by the United States and its allies in Iraq in 2003. Considering the long-term outcomes of the intervention, this volume examines economic collapse, societal disorder and increased regional conflict in Iraq.

The work assesses the means by which American strategists imposed a new political order, generalising corruption, sectarian preference and ethnic cleansing, and stimulating mass population movements in and from Iraq. Mobilising a multi-disciplinary perspective, the book explores the rise and fall of Iraq’s confessional leaders, the emergence of a popular movement for reform and the demands of young radicals focused upon revolutionary change. The product of years of intensive research by Iraqis and international scholars, Iraq since the Invasion considers how an initiative designed to produce “regime change” favourable to the United States and its allies brought unprecedented influence for Iran – both in Iraq and the wider Gulf region. It analyses events in Kurdistan and the impacts of change on relations between Iraq and its neighbours.

The book includes a wealth of detail on political, social and cultural change, and on the experiences of Iraqis during long years of upheaval. It will be of value to researchers and students interested in international relations, development studies and Middle East politics.

2. "Everything has to change for everything to remain the same".

5. From sect-based coalition-building to competition for control over local constituencies.

6. Borders, migration, and the state.

9. Challenges for the Kurdistan region.

Keiko Sakai is a professor and dean of Center for Relational Studies on Global Crises, Chiba University. She has research experiences in the Institute of Developing Economies and Embassy of Japan in Baghdad. She published several books on Iraq and the Middle East politics.

is Emeritus Professor in Social Sciences at the University of East London. He has worked at universities in the Middle East and the UK. His books include Refugees in a Global Era (2006), Egypt: The Moment of Change (2009) and Egypt: Contested Revolution (2016).

Iraq since the Invasion: People and Politics in a State of Conflict