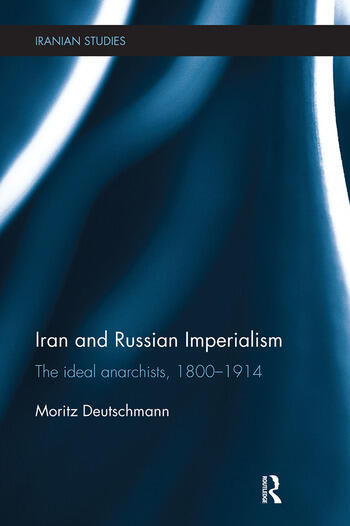 Rather than a centralized state, Iran in the nineteenth century was a delicate balance between tribal groups, urban merchant communities, religious elites, and an autocratic monarchy. While Russia gained an increasingly dominant political role in Iran over the course of this century, Russian influence was often challenged by banditry on the roads, riots in the cities, and the seeming arbitrariness of the Shah.

Iran and Russian Imperialism develops a comprehensive picture of Russia’s historical entanglements with one of its most important neighbours in Asia. It recounts how the Russian Empire strived to gain political influence at the Persian court, promote Russian trade, and secure the enormous southern borders of the empire. Using hitherto often neglected documents from archives in Russia and Georgia and reading them against the grain, this book reveals the complex reactions of different groups in Iranian society to Russian imperialism. As it turns out, the Iranians were, in the words of the Russian orientalist Konstantin Smirnov, "ideal anarchists," whose resistance to imperial domination, as well as to centralized state institutions more generally, impacted developments in the region in the century to come.

Iran’s troubled relationship with the wider world continues to be a topic of considerable interest to historians, yet little focus has been given to Russia’s historical connections to Iran. This book thus represents a valuable contribution to Iranian and Russian History, as well as International Relations.

Moritz Deutschmann holds a PhD from the European University Institute, Florence, and was a postdoctoral fellow of the journal Past&Present at the Institute of Historical Research, London. His main research interests lie in Russian and Iranian history, and the history of empire in Eurasia.

"Deutschmann examines Russo-Iranian relations from the wars of the early 19th century that resulted in the Russian annexation of Transcaucasia—what is today Georgia, Armenia, and Azerbaijan—through WW II. The author is critical of the “Great Game” approach, which he suggests confuses Russo-British rivalry in the region with the actual exercise of power on the ground and takes for granted Russian and British power, even “mastery,” in a region where the reality was far more complex. Instead, he argues, Russia’s historical role in Iran was shaped more by longstanding relations between the Romanov and Qajar dynasties, merchant networks, and the entanglement of both empires in the complex tribal politics of the region. Political power in 19th-century Iran, Deutschmann explains, rested on a “delicate balance between tribal groups, urban merchant communities, and a monarchy whose use of grandiloquent titles—for example, the 'pivot of the universe,' contrasted with its factual powerlessness.” “Persian anarchy” was a challenge for the Russian Empire, whose officials worked with the Qajar state on issues of trade and border establishment, seeking to shore up Qajar rule and shaping it by both diplomatic pressure and example.
Summing Up: Recommended. Graduate students, faculty."
M. A. Soderstrom, Aurora University - CHOICE