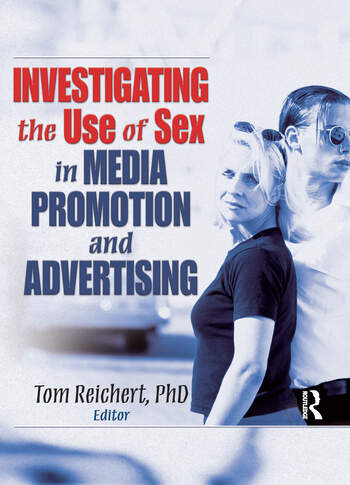 Investigating the Use of Sex in Media Promotion and Advertising

The latest scholarship on one of today’s most pressing issues

Today, it is obvious that sexual content is a prevalent aspect of the media and that the intensity of this content has increased in recent years. Less obvious, however, are the direct effects the strategic use of sexual content has on audiences. Investigating the Use of Sex in Media Promotion and Advertising presents the latest scholarship on the role of sex in the most common media outlets—television programming, radio “shock jocks,” music videos, magazines, and advertising. The eye-opening contributions from over a dozen recognized experts in the field provide useful empirical evidence on media-conveyed sexual stimuli and look toward moving the public dialogue on sex in the media further along.

Often, opinions regarding sex in the media have little or no scientific grounding and even when scientific-grounded arguments are offered, they suffer from wide gaps in research-based knowledge. Investigating the Use of Sex in Media Promotion and Advertising is the important compilation that fills these knowledge gaps. In delving into this pressing issue, it not only offers timely findings that provide an indication of the nature, prevalence, and effects of sexual information when used as a promotional tool, but suggests new directions for the study of sex and media as well. This informative text is also extensively referenced and features numerous tables to clearly present research data.

Investigating the Use of Sex in Media Promotion and Advertising