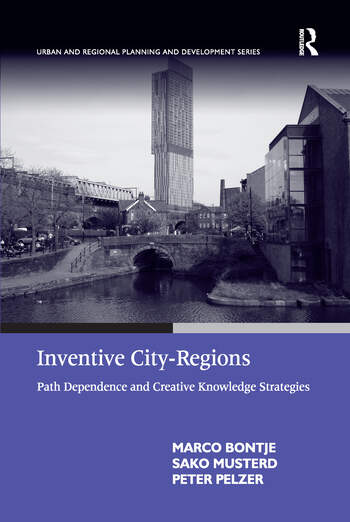 Virtually every city-region in West and Central Europe has developed policies and strategies to attract, retain and encourage creative industries and knowledge-intensive services. Since most of these citiy-regions tend to see a creative knowledge economy as 'the best bet for the future', one of the main goals of such policies and strategies is increasing the international competitiveness of their city-region. Using the cities of Amsterdam, Barcelona, Birmingham, Helsinki, Leipzig, Manchester, and Munich as case studies, this book explores the spatial, economic, historical, socio-demographic, socio-cultural and political conditions that may determine whether a city-region is or can become attractive for creative and knowledge-intensive companies, and for the talented people working for or founding these companies. A comparison of the case studies and an overview of the key findings, similarities and differences which lead to policy recommendations as well as suggested directions for further research will make this book attractive to urban and regional academics, planners and students.

'One of the notable gaps in the literature on creative cities and regions is the dearth of meaningful comparative studies. The authors of Inventive City-Regions have helped to narrow the gap with this excellent study of seven important European cases. The study is framed by a valuable theoretical overview and by an informative summary of findings.' Allen J. Scott, University of California Los Angeles, USA 'A uniquely well-researched and informative analysis of a key contemporary issue for urban planners and regenerators: how to transform fundamentally the economies of older cities and their regions, illustrated by in-depth analysis of the recent histories of seven major European cities. It will become essential reading.' Sir Peter Hall, University College London, UK '... the authors have done a tremendous job in identifying key regional experts and bringing their views together with the relevant secondary literature and statistical data.' Regional Studies 'Inventive City-Regions is an informative and timely contribution for regional scientists. It includes a rich account of the efforts of seven cities in five European countries to encourage a knowledge economy. The backgrounds, strengths, and weaknesses of the seven cities are very heterogeneous, as they range from Manchester to Barcelona to Leipzig (the other four being Birmingham, Amsterdam, Helsinki and Munich). In each case study, the authors provide many facts and details about the history and efforts of the local community to encourage economic transformation, urban vitality, and economic growth.' Journal of Regional Science '... an invaluable contribution to the rapidly expanding knowledge-based urban development and planning literature. I particularly believe that the learnings from these seven successful and prosperous knowledge city-regions of Europe are useful for Australian policy-making, planning, development and academic circles. I highly recommend the book for the readers of the Australian Planne