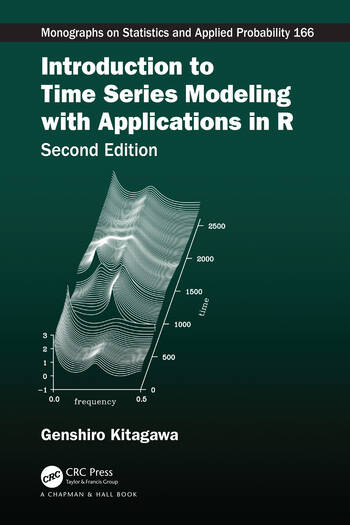 Introduction to Time Series Modeling with Applications in R

Available for pre-order. Item will ship after May 25, 2020
Add to Wish List
FREE Standard Shipping!

[This book] reflects the extensive experience and significant contributions of the author to non-linear and non-Gaussian modeling. … [It] is a valuable book, especially with its broad and accessible introduction of models in the state space framework.

What distinguishes this book from comparable introductory texts is the use of state space modeling. Along with this come a number of valuable tools for recursive filtering and smoothing including the Kalman filter, as well as non-Gaussian and sequential Monte Carlo filters …

Introduction to Time Series Modeling: with Applications in R, Second Edition covers numerous stationary and nonstationary time series models and tools for estimating and utilizing them. The goal of this book is to enable readers to build their own models to understand, predict and master time series. The second edition makes it possible for readers to reproduce examples in this book by using the freely-available R package TSSS to perform computations for their own real-world time series problems.

Genshiro Kitagawa is a project professor at the University of Tokyo, the former Director-General of the Institute of Statistical Mathematics, and the former President of the Research Organization of Information and Systems.

2.1   The Distribution of Time Series and Stationarity

2.3   Estimation of the Autocovariance Function

3  The Power Spectrum and the Periodogram

3.3   Averaging and Smoothing of the Periodogram

3.5   Computation of the Periodogram by Fast Fourier Transform

4.3    Estimation of the K-L Information and the Log-likelihood

4.4    Estimation of Parameters by the Maximum Likelihood Method

7 Estimation of an AR Model

7.3    Estimation of an AR Model by the Least Squares Method

7.4    Estimation of an AR Model by the PARCOR Method

7.5    Large Sample Distribution of the Estimates

8.2     Automatic Partitioning of the Time Interval

8.3     Precise Estimation of the Change Point

8.4     Posterior Probability of the Change Point

9       Analysis of Time Series with a State-Space Model

9.2     State Estimation via the Kalman Filter

10    Estimation of the ARMA Model

10.1    State-Space Representation of the ARMA Model

12.3    Decomposition Including an AR Component

12.4    Decomposition Including a Trading-day Effect

13.3    Estimation of the Time-varying Spectrum

13.4    The Assumption on System Noise for the Time-varying Coefﬁcient AR Model

14.6.1     Processing of the outliers by a mixture of Gaussian distributions

14.6.3     A direct method of estimating the time-varying variance

15.1    The Nonlinear Non-Gaussian State-Space Model and Approximations of Distributions

Genshiro Kitagawa is a project professor at the University of Tokyo, the former Director-General of the Institute of Statistical Mathematics, and the former President of the Research Organization of Information and Systems. 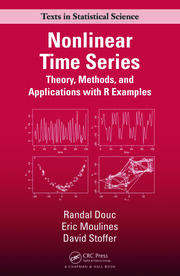 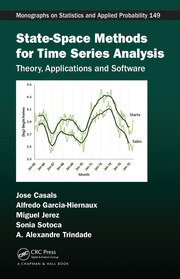 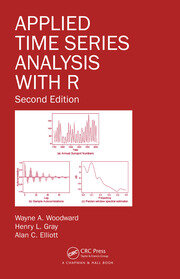 Introduction to Time Series Modeling with Applications in R