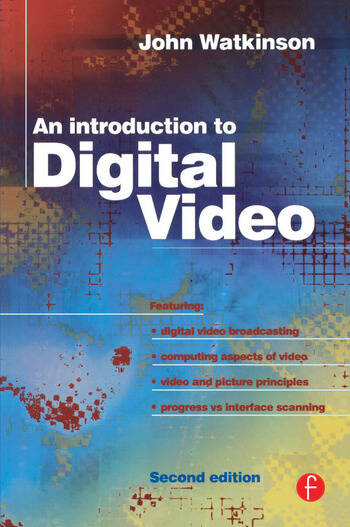 Covers the essential fundamentals of digital video: from video principles, to conversion, compression, coding, interfaces and output. Written for television professionals needing to apply digital video systems, equipment and techniques to multimedia and /or digital TV applications, as well as for computer system designers, engineers, programmers, or technicians needing to learn how to apply digital video to computer systems and applications. The text is based on the acclaimed industry `bible' The Art of Digital Video, but covers only the essential parts of this larger reference work. It starts right from the basics from what a digital signal is to the how digital video can be applied. John Watkinson is an international consultant in Audio, Video and Data Recording. He is a fellow of the AES, a member of the British Computer Society and Chartered Information Systems Practitioner. He presents lectures, seminars, conference papers and training courses worldwide. He is author of many other Focal press books including MPEG2, Art of Digital Video, Art of Digital Audio, Art of Sound Reporduction, Introduction to Digital Audio, Television Fundamentals and Audio for Television. He is also co-author of the Digital Interface Handbook and a contributor to The Loudspeaker and Headphone Handbook.

John Watkinson is an independent international consultant in advanced applications of electronics to audiovisual and avionics systems. He is a Fellow of the AES, a member of the Society of Expert Witnesses, and the British Computer Society and is a chartered information systems practitioner. He presents lectures, seminars and training courses worldwide. He is the author of many other Elsevier books, including The Art of DigitalVideo, An Introduction to Digital Video, Convergence in Broadcast and Communications Media, Television Fundamentals and The Art of the Helicopter.

'An Introduction to Digital Video is an ideal starting point for students and technicians.' Edward Woods, University of Westminster.