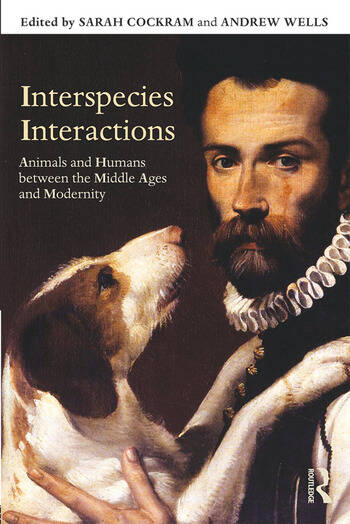 Interspecies Interactions: Animals and Humans between the Middle Ages and Modernity

Interspecies Interactions surveys the rapidly developing field of human-animal relations from the late medieval and early modern eras through to the mid-Victorian period. By viewing animals as authentic and autonomous historical agents who had a real impact on the world around them, this book concentrates on an under-examined but crucial aspect of the human-animal relationship: interaction.

Each chapter provides scholarly debate on the methods and challenges of the study of interspecies interactions, and together they offer an insight into the part that humans and animals have played in shaping each other’s lives, as well as encouraging reflection on the directions that human-animal relations may yet take. Beginning with an exploration of Samuel Pepys’ often emotional relationships with the many animals that he knew, the chapters cover a wide range of domestic, working, and wild animals and include case studies on carnival animals, cattle, dogs, horses, apes, snakes, sharks, and invertebrates. These case studies of human-animal interactions are further brought to life through visual representation, by the inclusion of over 20 images within the book.

From ‘sleeve cats’ to lion fights, Interspecies Interactions encompasses a broad spectrum of relationships between humans and animals. Covering topics such as use, emotion, cognition, empire, status, and performance across several centuries and continents, it is essential reading for all students and scholars of historical animal studies.

1. Emotions and the Sixteenth-Century Ottoman Carnival of Animals

PART 2. USE AND ABUSE

5. Animals at the Table: Performing Meat in Early Modern England and Europe

6. Blurred Lines: Bestiality and the Human Ape in Enlightenment Scotland

7. ‘A Disgusting Exhibition of Brutality’: Animals, the Law, and the Warwick Lion Fight of 1825

PART 3. SELF AND OTHER: IDENTIFICATION AND CLASSIFICATION

10. ‘The Monster’s Mouth…’: Dangerous Animals and the European Settlement of Australia

Sarah Cockram is Lecturer in History, c.1200-1600 at the University of Glasgow. Her publications include Isabella d’Este and Francesco Gonzaga: Power Sharing at the Italian Renaissance Court (2013) and a co-edited special issue of the journal Renaissance Studies on 'The Animal in Renaissance Italy'.

is a postdoctoral researcher (Wissenschaftlicher Mitarbeiter) in the Graduate School of the Humanities (GSGG) at the Georg-August-Universität Göttingen, Germany. He has published essays in History Compass, the Journal of British Studies, and History of European Ideas. His forthcoming book explores the interactions of racial and sexual concepts and identities in eighteenth-century British culture.

Interspecies Interactions: Animals and Humans between the Middle Ages and Modernity