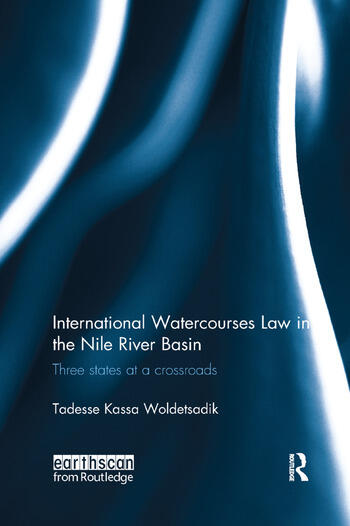 International Watercourses Law in the Nile River Basin: Three States at a Crossroads

The Nile River and its basin extend over a distinctive geophysical cord connecting eleven sovereign states from Egypt to Tanzania, which are home to an estimated population of 422.2 million people. The Nile is an essential source of water for domestic, industrial and agricultural uses throughout the basin, yet for more than a century it has been at the centre of continuous and conflicting claims and counter-claims to rights of utilization of the resource.

In this book the author examines the multifaceted legal regulation of the Nile. He re-constructs the legal and historical origin and functioning of the British Nile policies in Ethiopia by examining the composition of the Anglo-Ethiopian Treaty of 1902, and analyses its ramifications on contemporary riparian discourse involving Ethiopia and Sudan. The book also reflects on two fairly established legal idioms - the natural and historical rights expressions – which constitute central pillars of the claims of downstream rights in the Nile basin; the origin, essence and legal authority of the notions has been assessed on the basis of the normative dictates of contemporary international watercourses law. Likewise, the book examines the non-treaty based claims of rights of the basin states to the Nile waters, setting out what the equitable uses principle entails as a means of reconciling competing riparian interests, and most importantly, how its functioning affects contemporary legal settings.

The author then presents the concentrated diplomatic movements of the basin states in negotiations on the Transitional Institutional Mechanism of the Nile Basin Initiative (NBI) - pursued since the 1990’s, and explains why the substance of water use rights still continued to be perceived diversely among basin states. Finally, the specific legal impediments that held back progress in negotiations on the Nile Basin Cooperative Framework are presented in context.

4. Legal Regimes Regulating Utilization of the Nile Waters: A Case Study of the Anglo-Ethiopian Treaty of 1902

6. Construing the Substantive Scope of the Anglo-Ethiopian Treaty of May 1902

7. The Anglo-Ethiopian Treaty and Selected Principles of Public International Law

8. Rules and Principles Regulating the Use of Shared Water Courses: Analysis of a Non Treaty Based Claim of Right to Nile Waters

11. Analysis of Factors and Circumstances Affecting the Equitability of Uses in the Nile Basin

International Watercourses Law in the Nile River Basin: Three States at a Crossroads