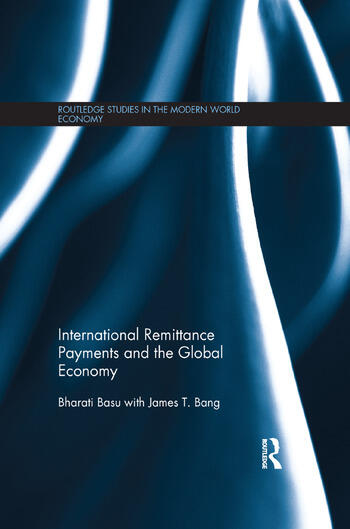 International Remittance Payments are described mainly as money sent by immigrants to their families and friends in their home countries. These payments provide an important source of income that is mostly used to provide for a variety of basic needs of the non-migrating members of immigrant families and thus remittance payments can be considered as a tool to reduce the poverty level of the labor sending countries. However, remittances are also used for asset accumulation by some families and for some countries they constitute a good part of foreign funds coming into the country. In-spite of their increasing volume over the last few decades, a lot of things about remittances are not known and studies estimate that about half of these money transfers are not even recorded. Since these payments are shown to reduce poverty and help economic progress in the remittance receiving countries, a better knowledge about remittances would help the debates surrounding immigration, remittances and their relation to the global economy.

This book provides an overview of remittances in different parts of the world over the last thirty years. It looks at the labor sending and labor receiving countries separately. The text examines the trends, uses, motivations behind sending remittances, cost of sending them and how they are affected by the nature and the development level of different institutional factors.

The remittance flows are growing over time and they are used mostly for reducing the uncertainty of life in the less developed parts of the world. However, motivation for sending remittances could be improved and thus remittances could be more conducive to economic development if 1) the relation between the remittance decision and the migration decision is better understood and 2) the costs of international money transfers are reduced. More studies about those issues would benefit the international community. Efforts should be made in all fronts to encourage such international flow of funds not only to have a redistribution of income all over the world, but also to synchronize the efforts towards global economic development and a better integration of the world economy. This book is aimed researchers, policy practitioners and post graduates studying International Economics or International Economic Relations or Political Science or Economic Development.

Dr. Bharati Basu is a professor in the Department of Economics at Central Michigan University