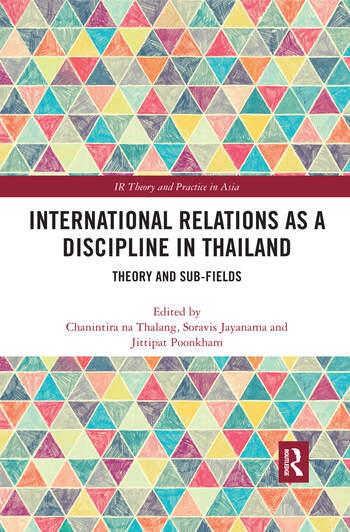 International Relations as a Discipline in Thailand: Theory and Sub-fields

There has long been considerable debate about the nature of non-Western IR theory. Most attempts to understand such a phenomenon begin by taking a top-down approach on a country by country basis. Instead, this book takes a bottom-up approach, involving specialists from a range of Thai universities, revealing the contours of the Thai IR community. It examines the state of various sub-fields under the IR rubric in Thailand such as foreign policy analysis, security studies, international political economy and area studies, and how Thai thinkers in these fields have contributed to IR as a discipline and IR theory development in Thailand. In doing so, it identifies factors unique to Thai academia which have hindered the development of an indigenous-sourced theory as well as exploring the similarities shared with other non-Western contexts that have posed an obstacle to the creation of a more general non-Western IR theory.

Providing both an in-depth insight into the specific phenomena of Thai IR theory, and a broader perspective on the challenges of formulating non-Western IR theory, this book aims to push the debate on non-Western IR theory forward. It will be of particular interest to readers looking for a better understanding of IR theory in Thailand, but also for those more generally looking to formulate and characterise non-Western approaches to the discipline.

2. Why is there no Thai (Critical) International Relations Theory? Great Debates Revisited, Critical Theory, and Dissensus of IR in Thailand (Jittipat Poonkham)

9. The State of International Relations (IR) as a Discipline in Southeast Asian Studies in Thailand (Chanintira na Thalang)

10. The State of International Relations Theories in ASEAN Studies in Thailand (Pinn Siraprapasiri)

12. Why is the conceptualisation of and theoretical debates in Thai politics a more common occurrence than that of IR in Thailand? Comparing and reflecting on the state and status of politics and IR in Thailand (Chanintira na Thalang)

13. The End of a Thai International Relations (IR)? A Plea for the Empirical Foundations of Critical Theory (Kullada Kesboonchoo Mead and Jittipat Poonkham)

is Associate Professor at the Faculty of Political Science at Chulalongkorn University, Bangkok, Thailand.

is Assistant Professor at the Faculty of Political Science at Thammasat University, Bangkok, Thailand. 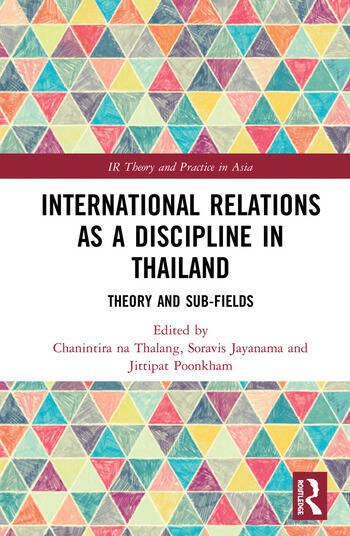 International Relations as a Discipline in Thailand: Theory and Sub-fields