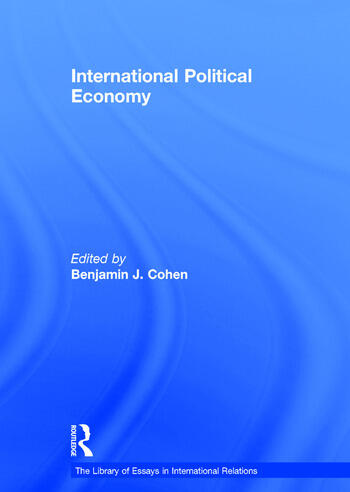 Prior to the 1970s, few serious efforts were made to bridge the gap between economics and political science in the study of international relations. Systematic scholarly analysis of International Political Economy (IPE), emphasizing formal integration of elements of orthodox market and political analysis, is really of very recent origin. This volume brings together some of the most important research papers published in the modern field of IPE since its birth less than four decades ago, emphasizing work that has significantly advanced theoretical and analytical understandings. Coverage includes grand questions of systemic transformation and system governance as well as more narrowly focused explorations of the two most central issue-areas of the world economy, trade and money and finance. The introductory essay locates this selection of articles in the context of the field's broad evolution and development to date.