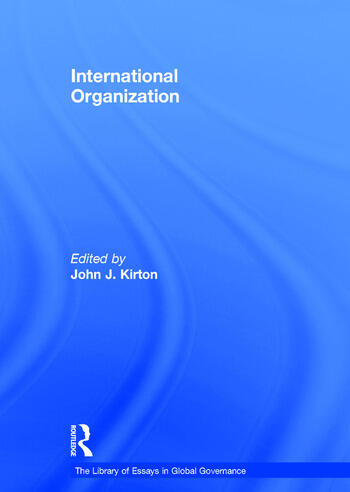 For well over a century, international organizations have been central to the study and practice of international relations and global governance. But how much and how do they help, hinder or otherwise alter the behaviour of the actors who utilize them and provide public goals for the global community as a whole? By assembling the leading works that have defined the scholarly field of international organization from realist, liberal institutionalists, constructivists and political economy traditions, this work examines the many organizations which have formed, in ever-expanding numbers and fields, over the years, the degree to which they have succeeded and their future potential. It looks at the changing international arena, particularly with the expansion of civil society and how that affects the role of such organizations. Has a formula for an effective and successful international organization developed or will one have to wait for the next generation of organizations, institutions and regimes?