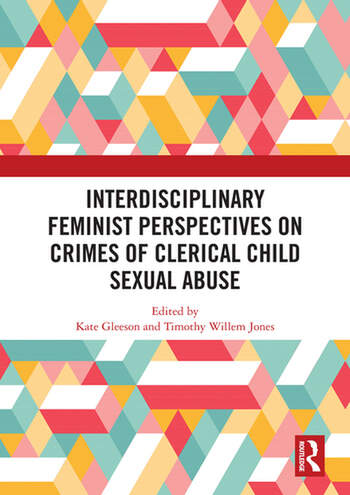 In recent years the sexual abuse of children in religious institutions has gripped the Western world, as churches, governments and civil society attempt to come to terms with the magnitude of widespread historical abuses. Questions continue to be asked about why it is that perpetrators were able to offend repeatedly and with impunity; what is it about institutions that facilitate or foster abuse; and why have survivors of abuse often been treated inadequately by diverse national and international justice and political systems throughout the last century? This volume makes a significant contribution to international understandings of the vexed and sensitive ‘wicked problem’ of child sexual abuse in religious institutions. The chapters in this volume are written from a range of feminist disciplinary responses, including law, criminology, anthropology and history. Together, they provide important historical context for the current social and political interest in clerical sex crimes. They examine political and legal avenues for redress for survivors of these crimes and critically examine the ways in which church cultures position clergy and clergy offenders in relation to victims.

The chapters originally published in a special issue of the Australian Feminist Law Journal.

1. ‘Perhaps Some Writing: And a Record of my Age’

2. The Royal Commission into Institutional Responses to Child Sexual Abuse: Learning from the Past

4. Sin, Silence and States of Denial: Canon Law and the ‘Discovery’ of Child Sexual Abuse

5. Reparation for Betrayal of Trust in Child Sexual Abuse Cases: The Christian Duty of Care, Vicarious Liability and the Church of England

Kate Gleeson is Senior Lecturer in Law at Macquarie Law School, Australia. She has published extensively on the regulation of bodies, sexuality and reproductive practices. She has particular expertise in justice for crimes of institutional and historical child sexual abuse in Australia and internationally.

Timothy Willem Jones is Senior Lecturer in History at La Trobe University, Melbourne, Australia. He is a cultural historian of sex, gender and religion in modern Britain, Australia and the USA.