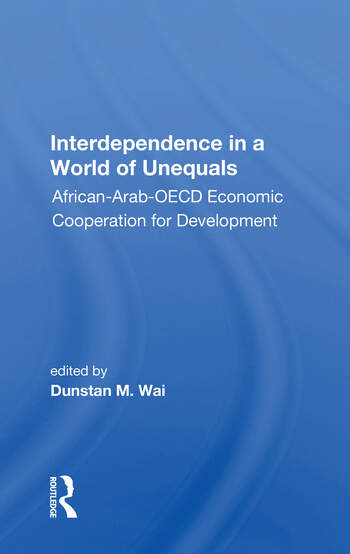 Interdependence In A World Of Unequals: African-arab-oecd Economic Cooperation For Development

The accumulation of surplus petrofunds by some Arab countries, far exceeding the present absorptive capacities of their economies, has given rise to the idea of a major new development effort in sub-Saharan Africa, financed by Arab surpluses and supported by OECD technology and expertise. The guiding principle in the idea of a tripartite partnership is that, given a proper allocation of responsibilities among the three regional participants, cooperation would benefit all parties. The Arab countries, it is argued, would gain experience in management and in the acquisition of technology as a result of increased transactions with Western industrialized countries. Funds from the Arab countries would catalyze accelerated development in sub-Saharan Africa and would provide a desirable alternative to OECD-intermediated flows of capital and trade between Africa and the Arab world; this could help reduce Africa's dependence on the OECD countries for technology, expertise, financing, and markets. And finally, the OECD members would benefit politically from an effective development effort involving their response to initiatives taken by the South, and would gain economically by increasing their exports as African and Arab absorptive capacities rose and by continuing to exercise management functions in the context of development. To further explore the potential of this triangular cooperation, a group of experts from Africa, the Arab Middle East, Western Europe, and North America held a conference at the Rockefeller Foundation conference center in Bellagio, Italy, in May 1980. In their discussions--the basis of this book--they identified and analyzed a wide range of problems and issues involved. They concluded that the central issue is whether trilateral projects of appropriate design for the African setting can be identified and implemented through arrangements that ensure an equitable and effective distribution of responsibilities, risks, and benefits among the participants,

Also of Interest -- Introduction: African-Arab-OECD Triangular Cooperation -- Geopolitics and Arms Transfers -- Eurafrica, Eurabia, and African-Arab Relations: The Tensions of Tripolarity -- African-Arab-OECD Military Relations: The Recycling of Imperialism -- Natural Resources, Oil Bills, and Patterns of Trade -- Resources, Scarcity, and Development Priorities in Sub-Saharan Africa -- Africa, the Energy Crisis, and the Triangular Relationship -- Patterns of Trade and Prospects for Growth in a Triregional System: Arab Oil Exporters, Sub-Saharan Developing Africa, and the OECD -- Petrofunds and the Legal Framework for Triangular Cooperation -- Financial Flows from the Arab Middle East and the OECD Nations to Sub-Saharan Africa: An Assessment and Prospects -- Arab Aid to Black Africa: Myth Versus Reality -- The Legal Framework for Transnational Investment and Lending in Sub-Saharan Africa 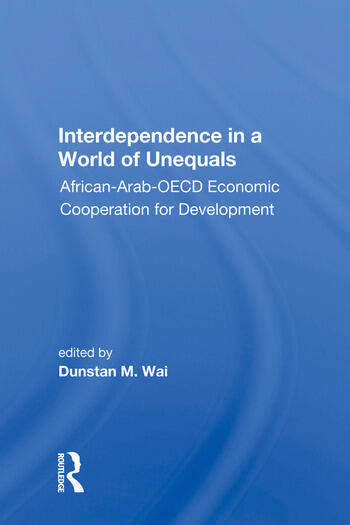 Interdependence in a World of Unequals: African-Arab-OECD Economic Cooperation for Development