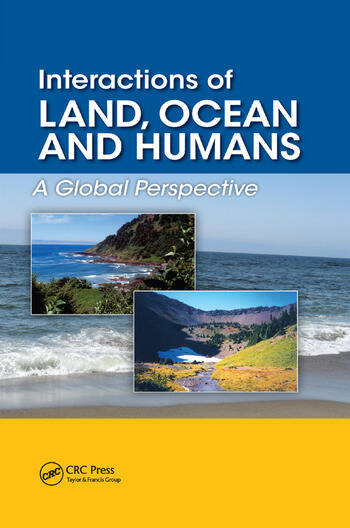 Interactions of Land, Ocean and Humans: A Global Perspective

Written by Chris Maser, one of the architects of the sustainability movement, Interactions of Land, Ocean and Humans: A Global Perspective explores a critical number of the myriad aspects that comprise the great, reciprocal feedback loops between the mountain peaks, the deep sea, and everywhere in between. Maser’s exploration of these connections gives us the tools required to open our imaginations and our scientific literacy, offering insights into the relationships between the land, sea, and people that could influence us toward better decisions.

The author examines the hydrological cycle, hydrological continuum, and anthropogenic pollution of various kinds from the atmosphere to deep belowground. He also highlights connections by detailing how human behavior changes the atmosphere, which changes the oceans, which alters the climate, which alters the atmosphere and thus the ocean, and so on. The book then explores the biophysical commonalities between landscapes and seascapes, as well as the habitats, in each realm. It covers marine fisheries; marine protected areas; oceans as a commodity, as part of the global commons, as a biophysical living trust for which we are the trustees and the children of today and beyond are the beneficiaries; and more.

Can we arrest this deleterious process? Yes, but it will take a dramatic shift in human behavior worldwide. Why? Because, just as the collective human behavior and lack of awareness caused the problems in the first place, the level of consciousness that caused the problem is not the level of consciousness that can fix it. We must shift our thinking from that which is symptomatic to that which is systemic if we are to have a sustainably productive environment through time. Maser gives us the understanding of the biophysical interactions among the lands, oceans, and peoples of the world needed to create sustainable solutions to environmental problems.

Chris Maser was a research ecologist with the U.S. Department of the Interior, Bureau of Land Management for thirteen years (1974-1987)--the last eight studying old-growth forests in western Oregon--and a landscape ecologist with the Environmental Protection Agency for one year (1990-1991).

Interactions of Land, Ocean and Humans: A Global Perspective