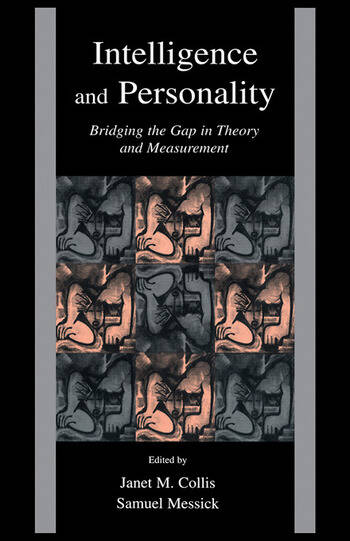 Intelligence and Personality: Bridging the Gap in Theory and Measurement

Contents: J.M. Collis, Preface. Part I:Intelligence in Relation to Temperament and Character. A.R. Jensen, Spearman's Hypothesis. J-E. Gustafsson, On the Hierarchical Structure of Ability and Personality. W.K.B. Hofstee, Intelligence and Personality: Do They Mix? J. Strelau, B. Zawadski, A. Piotrowska, Temperament and Intelligence: A Psychometric Approach to the Links Between Both Phenomena. D.F. Lohman, Issues in the Definition and Measurement of Abilities. P. Borkenau, Issues in the Measurement of Temperament and Character. P. Kline, Ability and Temperament. Part II:Intelligence and Conation. L. Corno for R.E. Snow , Conative Individual Differences in Learning. P.M. Gollwitzer, B. Schaal, How Goals and Plans Affect Action. U. Schiefele, The Role of Interest in Motivation and Learning. M. Zeidner, Challenges and Directions for Intelligence and Conation: Integration. Part III:Intelligence and Style. N. Entwistle, Learning Styles and Cognitive Processes in Constructing Understanding at the University. D.N. Perkins, S. Tishman, Dispositional Aspects of Intelligence. S. Messick, Style in the Organization and Defense of Cognition. S.H. Irvine, Self-Concept and Status as Determinants of Cognitive Style. A. Furnham, Test-Taking Style, Personality Traits, and Psychometric Validity. Part IV:Intelligence and Personality in Context. L.A. Pervin, Persons in Context: Defining the Issues, Units, and Processes. J.W. Berry, Contextual Studies of Cognitive Adaptation. J. Hettema, Personality in Context, Control, and Intelligence. R.J. Sternberg, Successful Intelligence: Understanding What Spearman Had Rather Than What He Studied.

Intelligence and Personality: Bridging the Gap in Theory and Measurement