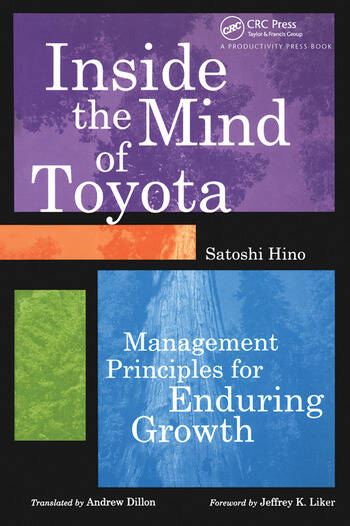 Inside the Mind of Toyota: Management Principles for Enduring Growth

Winner of a Shingo Research and Professional Publication Award

Toyota's sustained growth attracts the attention of economists and industrialists around the world eager to learn the secrets of Toyota's lasting success.

In Inside the Mind of Toyota: Management Principles for Enduring Growth, Satoshi Hino examines the source of Toyota's strength: the fundamental thinking and management structures that lie beneath the creation of its famed Toyota Production System. From the perspective of a professional with 30 years experience in the auto industry, Hino presents a fresh and detailed analysis of Toyota's essential management system, from its very beginnings into the 21st century.

The ultimate goal is not simply to mimic Toyota's formula, but to learn from it and, in doing so, surpass it.

From the Translator's Foreword:

Unlike most Toyota watchers, Hino urges us to set our sights not on replicating Toyota's success, but on surpassing it. This point is crucial, because it moves our attention away from slavish imitation of what is visible on the surface and challenges us to tap into deeper and more powerful mechanisms of excellence.

This is not a cookbook and it is not 'Toyota Lite.' It deserves serious study, application and experimentation. Learn how Toyota thinks, Hino is telling us. Learn Toyota's strengths, make them your own and then exceed them.
—Andrew Dillon,September

Inside the Mind of Toyota is unique in that it analyzes Toyota's management system as a whole. The data Hino has collected is amazingly rich. For anyone interested in understanding Toyota's functions and capabilities as a total system, this book is a must read.
—Professor Fujimoto Takahiro, University of Tokyo

The most thorough explanation of the unique learning culture that Toyota has built, which is the real key to their phenomenal business success.
—George Koenigsaecker, President, Lean Investments, LLC

Readers of Hino's book will understand how Toyota continuously develops its management system to adapt to the changing competitive global environment. They will explore the "hidden" infrastructure -- the organizational DNA, corporate culture, and updated production and management systems -- that underlies Toyota's huge profits and continuous growth. This book provides invaluable insight on how corporate managers can develop their own competitive systems."
—Yasuhiro Monden, Ph.D., Professor-Emeritus, Tsukuba University

This is a book that I will read through again and again, using it as a reference for specific facts and in-depth analysis. It is a great companion to The Toyota Way. The messages of both books are the same: To understand Toyota's success you must delve deeply into the underlying management principles and culture. If you want facts, figures, charts, and graphs that give you a detailed analysis and factual accounting, this is a must-read.
—Professor Jeffrey K. Liker, University of Michigan; Shingo Prize Winning Author of The Toyota Way 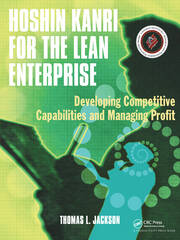 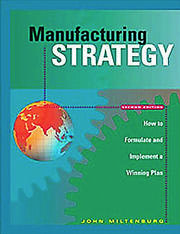 Manufacturing Strategy: How to Formulate and Implement a Winning Plan, Second Edition 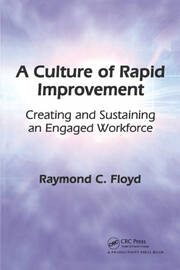 A Culture of Rapid Improvement: Creating and Sustaining an Engaged Workforce

Inside the Mind of Toyota: Management Principles for Enduring Growth