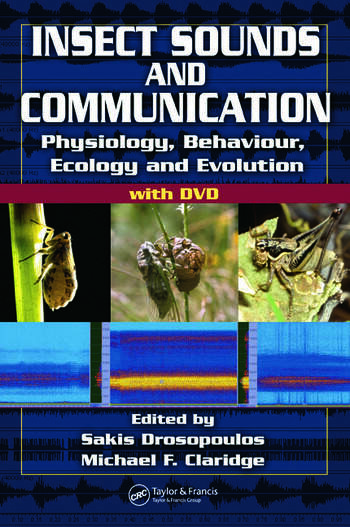 While we may have always assumed that insects employ auditory communication, our understanding of it has been impeded by various technical challenges. In comparison to the study of an insect's visual and olfactory expression, research in the area of acoustic communication has lagged behind. Filling this void, Insect Sounds and Communication is the first multi-author volume to present a comprehensive portrait on this elusive subject. The text includes 32 chapters written by top experts from all corners of the globe.

Divided into two major sections, this groundbreaking text starts with a general introduction to insect sounds and communication that leads into a discussion of the technical aspects of recording and analyzing sounds. It then considers the functioning of the sense organs and sensory systems involved in acoustic behavior, and goes on to investigate the impact that variables such as body size and temperature have on insect sounds and vibrations. Several chapters are devoted to various evolutionary and ecological aspects of insect communication, and include rare information on seldom-studied groups, including Neuropterida and Plecoptera.

The second section of the book includes chapters on communication and song repertoires of a wide diversity of insects, including Heteroptera, Auchenorrhyncha, Psylloidea, Diptera, Coleoptera, and Hymenoptera .

Insect Sounds and Communication is packaged with a DVD, which holds sound and video recordings of many of the insects discussed throughout the text, as well as many full color illustrations not included in the printed text. The DVD also features an unabridged discussion in French of the contribution of the famous French cicadologist, Michel Boulard.

This voluminous monograph (532 pp.) on insect sounds and communication is the first multi-author publication to comprehensively review the current state of research on sound communication within the most important insect orders. …Thirty-two chapters written by top specialists from all over the world cover general aspects of insect sounds, their relation to morphology, development and physiology, review techniques of sound analysis, and describe how different species generate and perceive sounds. … Insect Sound and Communication is an important milestone for all students of insect acoustics. However, it is written for a broader readership, including entomologists, evolutionary scientists, sensory physiologists and neuroscientists, and is also a welcome source of information for ethologists, ecologists and experts in audiosciences. Biology scholars with broad interests will also find it useful.
—J. Ždárek, European Journal of Entomology, 103, 778, 2006

In Insect Sounds and Communication, Sakis Drosopoulos and Michael F. Claridge have put together a volume that summarizes the current state of the discipline in insect bioacoustics…. It can be quite useful to have a brief review of a single question and a volume such as this is the ideal forum. Likewise, those contributions covering a particular system in more detail provide a valuable digest of the diversity of insect acoustic communication. Drosopoulos and Claridge have put together a volume that will benefit anyone with an interest in insect bioacoustics and that I, for one, expect to return frequently.
—Andrew Mason, University of Toronto-Scarborough, Annals of Entomological Society of America, Vol. 102, No.4, July 2009

The editors and publishers of this book maintained high standards…. This book should be bought by those who are deeply interested in acoustical communication in insects and by research libraries, so that their clients can benefit from a book that deals at length and in depth with sound communication in insect groups that most entomologists long thought were mute.
—T. J. Walker, University of Florida, Florida Entomologist 89(3), September 2006 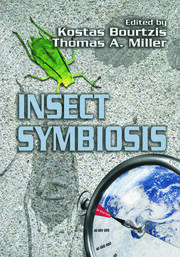