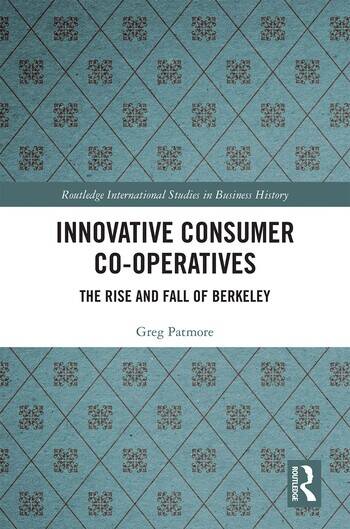 Innovative Consumer Co-operatives: The Rise and Fall of Berkeley

Consumer co-operatives provide a different approach to organizing business through their ideals of member ownership and democratic practice. Every co-operative member has an equal vote regardless of his or her own personal capital investment. The co-operative movement can also be an important force in promoting development and self-sufficiency in poorer areas, particularly in non-industrialised countries.

The core message of the book is that it is not inevitable that consumer co-operatives fail, but that the story of Berkeley story can provide insights that can strengthen the co-operative business model and minimise failures on the scale of Berkeley occurring in the future.

3. Consumer Co-operatives in the US before 1993

4. The Origins and Early Years of the Berkeley Co-operative until 1947

Greg Patmore is Emeritus Professor of Business and Labour History at the University of Sydney Business School, Australia. ORCID: 0000-0001-7151-4381

Innovative Consumer Co-operatives: The Rise and Fall of Berkeley