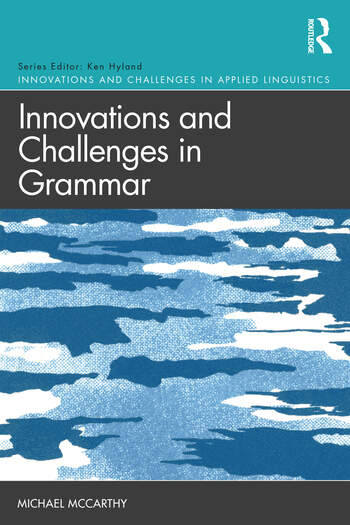 Innovations and Challenges in Grammar

Innovations and Challenges in Grammar traces the history of common understandings of what grammar is and where it came from to demonstrate how ‘rules’ are anything but fixed and immutable. In doing so, it deconstructs the notion of ‘correctness’ to show how grammar changes over time thereby exposing the social and historical forces that mould and change usage. The questions that this book grapples with are:

Drawing upon over 50 years of research, Michael McCarthy draws upon both historical and modern grammars from across the globe to provide a multi-layered picture of world grammar.

Part I – Where we came from

Chapter 2 – Grammar: Where did it all come from?

Chapter 3 – Eras of change and innovation: The eighteenth and nineteenth century

Chapter 4 – Grammar and the public, grammar for ELT

Michael McCarthy is Emeritus Professor of Applied Linguistics, University of Nottingham, Adjunct Professor of Applied Linguistics, University of Limerick, and Visiting Professor in Applied Linguistics at Newcastle University. He is author/co-author/editor of 53 books, including Touchstone, Viewpoint, the Cambridge Grammar of English, English Grammar Today and From Corpus to Classroom, as well as titles in the English Vocabulary in Use series. He is author/co-author of 113 academic papers. He is co-director (with the late Ronald Carter) of the CANCODE spoken English corpus. He has lectured in 46 countries and has been involved in applied linguistics and language teaching for 52 years.

Innovations and Challenges in Grammar