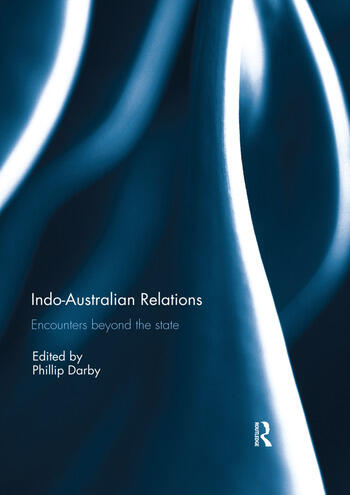 Indo-Australian Relations: Encounters beyond the State

This book explores a range of connections between India and Australia that fall outside the formal diplomacy of the two states. It examines how race, class and gender shape conceptions of the two nations, whose voices are heard and whose are not, and the politics that emerge from sport, culture, the drive for development as well as from language and the poetic. The book seeks to challenge the primacy of the state in determining the character of the nation and its monopoly of relations with other peoples. To this end, it looks to everyday life to find linkages not only between India and Australia but also extending through the South and Southeast Asian regions.

This book was published as a special issue of Postcolonial Studies.

1."Decentering the State: Perspectives from the encounter between India and Australia". Phillip Darby (Institute of Postcolonial Studies and University of Melbourne),

2."International Relations as Variations on everyday human relations". Ashis Nandy (Centre for the Study of Developing Societies, Delhi), in conversation with Phillip Darby

Phillip Darby is co-founder (with Michael Dutton) of the independent Institute of Postcolonial Studies based in Melbourne, and a principal fellow of the School of Social and Political Sciences at the University of Melbourne.

Indo-Australian Relations: Encounters beyond the State