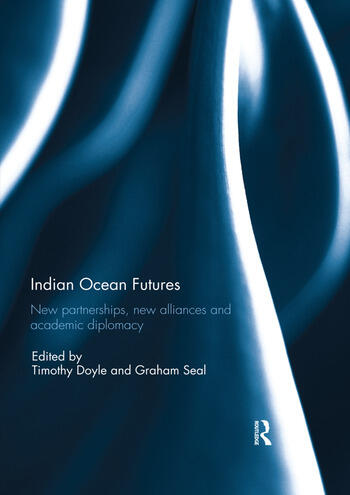 Indian Ocean studies, which once lagged behind studies of the Atlantic and the Pacific, is an important emerging academic field which has come into its own. In the next fifty years, the Indian Ocean Region will become very significant as a result of enormous demographic changes. What was the Ocean of the South is rapidly becoming the Ocean of the Centre, the Ocean of the Future. Curtin University, Western Australia, has a long and distinguished history of engagement with the Indian Ocean region and with Indian Ocean Studies, and its Australia-Asia-Pacific Institute of Curtin University continues to maintain a focus on the Indian Ocean -past, present and future. This book examines a number of themes emerging from its 2014 Conference entitled "Indian Ocean Futures", which attracted some of the best Indian Ocean region scholars. The conference connected humanities, social sciences and scientific disciplines; this book collects some of the preeminent works focused on geo-strategic, cultural, environmental security and human security themes. The book is also an important contribution to the building of academic diplomacy in the region – that is to say, it contributes to region-building by creating epistemic communities and networks between government, the private sector, and academia throughout the region. Through the pursuit of academic diplomacy, academics are capable of pursuing research goals which enhance governmental, business, and civil society objectives of the day. This book was previously published as a special issue of the Journal of the Indian Ocean Region.

2. Fluid ontologies in the search for MH370
Lindsay Bremner

is Professor and Director of the Australia-Asia Pacific Institute at Curtin University, Western Australia.