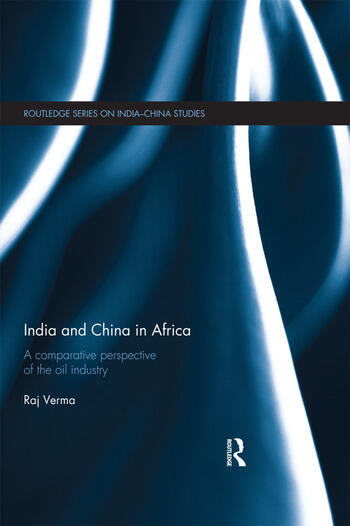 India and China in Africa: A comparative perspective of the oil industry

With their phenomenal growth rates, India and China are surging ahead as world economic powers. Due to increasing instability in the Middle East, they have turned to Africa to procure oil to fuel their industrialisation process. Africa’s economy stands to be impacted in various ways due to the increasing interaction with these ‘Asian Giants’.

This book analyses the acquisition of oil blocks by Indian and Chinese oil corporations in eleven West African countries. It describes the differences in how India and China mobilise oil externally to meet their respective goals and objectives. The book examines the rate of return on capital, rate of interest on loans and the ease of availability of loans, the difference in the level of technology and ability to acquire technology, project management skills, risk aversion, valuation of the asset and the difference in the economic, political and diplomatic support received by the Chinese and Indian oil companies from their respective governments. It is argued that the difference in the relative economic and political power of India and China accounts for the ability of Chinese oil companies to outbid their Indian competitors and/or be preferred as partners by international oil companies.

Containing interviews from Indian and Chinese oil company executives, government officials, industry officials, former diplomats and scholars and academics from India, China and the UK, this book makes a valuable contribution to existing literature on India, China and the oil industry in West Africa. It will be a valuable resource for academics in the field of International Relations, Foreign Policy Analysis, Asian Business and Economics.

2. India and China in Africa and West Africa

3. India and China: difference in power and political economies

4. Oil industry in India and China

5. India and China in Angola

6. India and China in Nigeria

7. India and China in eight countries in West Africa

Dr Raj Verma is Assistant Professor in International Relations at the School of International and Public Affairs at Jilin University, China. His research is focused on India’s and China’s foreign policy and comparative political economy, India and China in Africa, India-China-US relations and international relations theory.

India and China in Africa: A comparative perspective of the oil industry