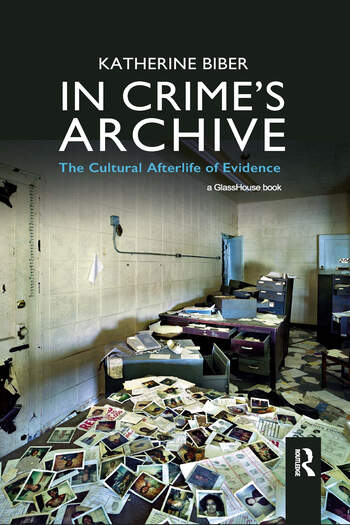 In Crime's Archive: The Cultural Afterlife of Evidence

This book investigates what happens to criminal evidence after the conclusion of legal proceedings. During the criminal trial, evidentiary material is tightly regulated; it is formally regarded as part of the court record, and subject to the rules of evidence and criminal procedure. However, these rules and procedures cannot govern or control this material after proceedings have ended. In its ‘afterlife’, criminal evidence continues to proliferate in cultural contexts. It might be photographic or video evidence, private diaries and correspondence, weapons, physical objects or forensic data, and it arouses the interest of journalists, scholars, curators, writers or artists. Building on a growing cultural interest in criminal archival materials, this book shows how in its afterlife, criminal evidence gives rise to new uses and interpretations, new concepts and questions, many of which are creative and transformative of crime and evidence, and some of which are transgressive, dangerous or insensitive. It takes the judicial principle of open justice – the assumption that justice must be seen to be done – and investigates instances in which we might see too much, too little or from a distorted angle. It centres upon a series of case studies, including those of Lindy Chamberlain and, more recently, Oscar Pistorius, in which criminal evidence has re-appeared outside of the criminal process. Traversing museums, libraries, galleries and other repositories, and drawing on extensive interviews with cultural practitioners and legal professionals, this book probes the legal, ethical, affective and aesthetic implications of the cultural afterlife of evidence.

Chapter 1: The afterlife of police photographs

Chapter 3: The afterlife of criminal evidence in the news media

Chapter 6: The Lindy Chamberlain Case: The afterlife of a miscarriage of justice

Chapter 7: International crimes: The afterlife of evidence of genocide, war crimes and crimes against humanity

Katherine Biber is Professor of Law at the University of Technology, Sydney. 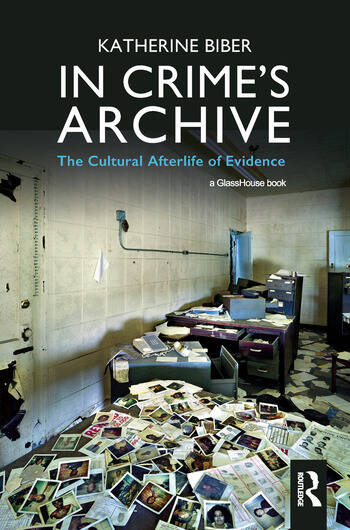 In Crime's Archive: The Cultural Afterlife of Evidence