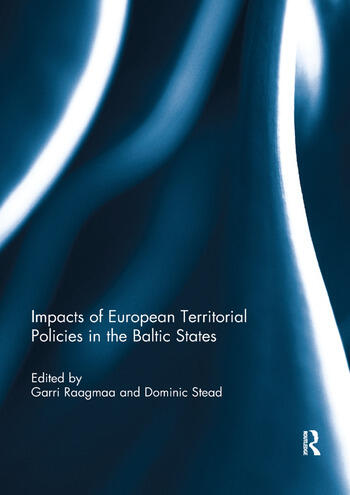 Impacts of European Territorial Policies in the Baltic States

This book was published as a special issue of European Planning Studies.

5. From Conditionality to Europeanization in Central and Eastern Europe: Administrative Performance and Capacity in Cohesion Policy  John Bachtler, Carlos Mendez and Hildegard Oraže

Garri Raagmaa is Associate Professor at the University of Tartu, Estonia. He has published three books and over sixty articles about regional planning and development, regional innovation, regional identity and leadership issues.

Dominic Stead is Associate Professor at Delft University of Technology, The Netherlands. He has researched and published widely on a range of issues related to urban and regional governance, including more than fifty journal articles, twenty-five book chapters and three edited books.

Impacts of European Territorial Policies in the Baltic States