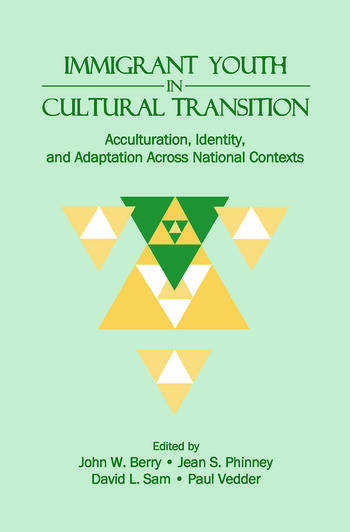 In this book, an international team of psychologists with interests in acculturation, identity, and development describe the experience and adaptation of immigrant youth, using data from over 7,000 immigrant youth from diverse cultural backgrounds living in 13 countries of settlement. Immigrant Youth in Cultural Transition explores the way in which immigrant adolescents carry out their lives at the intersection of two cultures (those of their heritage group and the national society), and how well these youth are adapting to their intercultural experience.

The study shows the variation in both the psychological adaptation and the sociocultural adaptation among youth, with most adapting well.

This book is useful for professionals, researchers, graduate students, and public policy makers who have an interest in psychology, anthropology, sociology, demography, education, and psychiatry. It is also a valuable resource for public, governmental, and university libraries.