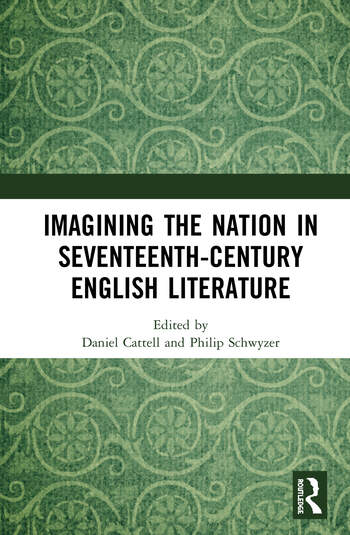 This volume brings together new work on the image of the nation and the construction of national identity in English literature of the seventeenth century.

The chapters in the collection explore visions of British nationhood in literary works including Michael Drayton and John Selden’s Poly-Olbion and Andrew Marvell’s Horatian Ode, shedding new light on topics ranging from debates over territorial waters and the free seas, to the emergence of hyphenated identities, and the perennial problem of the Picts. Concluding with a survey of recent work in British studies and the history of early modern nationalism, this collection highlights issues of British national identity, cohesion, and disintegration that remain undeniably relevant and topical in the twenty-first century.

This book was originally published as a special issue of the journal, The Seventeenth Century.

3. The age of the Cambro-Britons: hyphenated British identities in the seventeenth century

4. The religious geography of Marvell’s "An Horatian Ode": popery, presbytery, and parti-coloured picts

5. "Neptune to the Common-wealth of England" (1652): the "Republican Britannia" and the continuity of interests

Daniel Cattell received his PhD from the University of Exeter, UK, and has been a Research Fellow on the AHRC-funded Poly-Olbion Project.

Philip Schwyzer is Professor of Renaissance Literature at the University of Exeter, UK; his current projects include forthcoming editions of Michael Drayton’s Poly-Olbion and the complete works of Humphrey Llwyd.