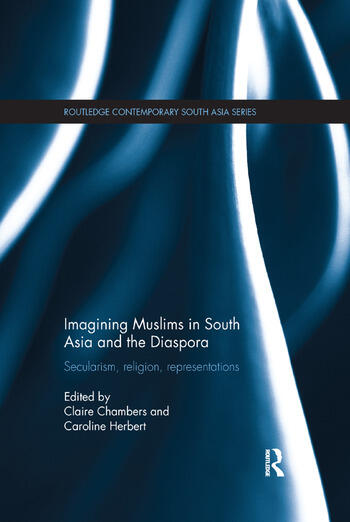 Literary, cinematic and media representations of the disputed category of the ‘South Asian Muslim’ have undergone substantial change in the last few decades and particularly since the events of September 11, 2001. Here we find the first book-length critical analysis of these representations of Muslims from South Asia and its diaspora in literature, the media, culture and cinema.

Contributors contextualize these depictions against the burgeoning post-9/11 artistic interest in Islam, and also against cultural responses to earlier crises on the subcontinent such as Partition (1947), the 1971 Indo-Pakistan war and secession of Bangladesh, the 1992 Ayodhya riots , the 2002 Gujarat genocide and the Kashmir conflict. Offering a comparative approach, the book explores connections between artists’ generic experimentalism and their interpretations of life as Muslims in South Asia and its diaspora, exploring literary and popular fiction, memoir, poetry, news media, and film. The collection highlights the diversity of representations of Muslims and the range of approaches to questions of Muslim religious and cultural identity, as well as secular discourse. Essays by leading scholars in the field highlight the significant role that literature, film, and other cultural products such as music can play in opening up space for complex reflections on Muslim identities and cultures, and how such imaginative cultural forms can enable us to rethink secularism and religion.

Surveying a broad range of up-to-date writing and cultural production, this concise and pioneering critical analysis of representations of South Asian Muslims will be of interest to students and academics of a variety of subjects including Asian Studies, Literary Studies, Media Studies, Women’s Studies, Contemporary Politics, Migration History, Film studies, and Cultural Studies.

Claire Chambers is Lecturer in Global Literature at the University of York, UK. She researches modern literature from South Asia, the Arab world and their diasporas. Claire is the author of British Muslim Fictions: Interviews with Contemporary Writers and the forthcoming Representations of Muslims in Britain.

is Senior Lecturer in Postcolonial Literatures at Leeds Metropolitan University, UK. Her research centres on contemporary South Asian Literature and film, with a specific interest in narratives of urban modernity, secularism, and economic liberalization in India. She is editor of Postcolonial Cities: South Asia, a special issue of Moving Worlds (2013).