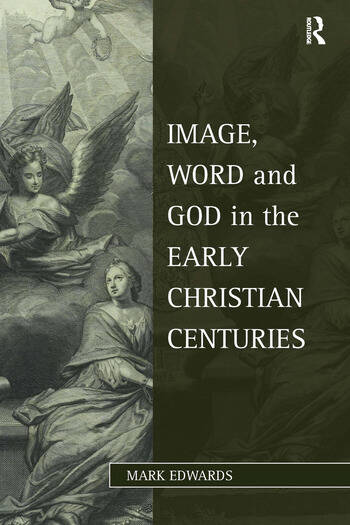 Image, Word and God in the Early Christian Centuries

Christianity proclaims Christ and the incarnate word of God; the Bible is described as the Word of God in both Jewish and Christian tradition. Are these usages merely homonymous, or would the ancients have recognized a more intimate relation between the word incarnate and the word proclaimed? This book investigates the concept of logos in pagan, Jewish and Christian thought, with a view to elucidating the polyphonic functions which the word acquired when used in theological discourse. Edwards presents a survey of theological applications of the term Logos in Greek, Jewish and Christian thought from Plato to Augustine and Proclus. Special focus is placed on: the relation of words to images in representation of divine realm, the relation between the logos within (reason) and the logos without (speech) both in linguistics and in Christology, the relation between the incarnate Word and the written text, and the place of reason in the interpretation of revelation. Bringing together materials which are rarely synthesized in modern study, this book shows how Greek and biblical thought part company in their appraisal of the capacity of reason to grasp the nature of God, and how in consequence verbal revelation plays a more significant role in biblical teaching. Edwards shows how this entailed the rejection of images in Jewish and Christian thought, and how the manifestation in flesh of Christ as the living word of God compelled the church to reconsider both the relation of word to image and the interplay between the logos within and the written logos in the formulation of Christian doctrine.

’An important book for anyone interested in the history and interpretation of the word� from the Old and New Testaments through pagan and Christian antiquity up to contemporary debates in Barth, Derrida and others. Edwards provides an invaluable and masterly guide to the interpretation of scripture, the many contrasts between Christianity and Platonism, and the complex history of thought ranging from the Bible to Plato, Philo, Tertullian, Clement, Origen, Plotinus, Porphyry, Dionysius the Areopagite, and Augustine.’ Kevin Corrigan, Emory University, USA 'The distinctive feature of this intriguing book is the way pagan and Christian are set side by side grappling with similar questions in different ways. The meticulous exposition of key material from selected philosophers and theologians, the adamant refusal to assimilate Christian thought to Platonism, and the sharp identification of significant contrasts in the final theses is characteristic of Mark Edwards’ careful work, here as elsewhere. Without highlighting epistemology� hermeneutics� or revelation�, he nevertheless explores the issues that lie at the heart of these subjects: the relation of seeing and hearing to what is seen and heard, and how this shapes understanding of word and image, text and incarnation.’ Frances Young, University of Birmingham, UK ’Edwards' new book is a rich and pathbreaking account of the relationship between the scriptural and incarnate Word of God and the notion of a divine image in early Christianity. Full of new insights and packed with information previously inaccessible to all but a handful of specialists, Image, Word and God will be of great interest to students in a variety of fields, ranging as it does from creation, the imago Dei, and patristic Christology to the devotional use of plastic images and the central authority and the iconic status of Scripture - all within a larger argument about the distinctiveness of early Christianity in contrast

Image, Word and God in the Early Christian Centuries