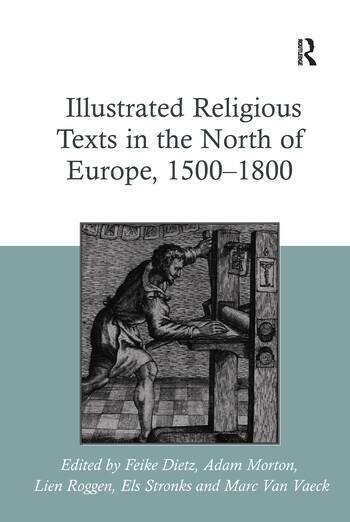 Illustrated Religious Texts in the North of Europe, 1500-1800

In recent years many historians have argued that the Reformation did not - as previously thought - hamper the development of Northern European visual culture, but rather gave new impetus to the production, diffusion and reception of visual materials in both Catholic and Protestant milieus. This book investigates the crosscurrents of exchange in the realm of illustrated religious literature within and beyond confessional and national borders, and against the background of recent insights into the importance of, on the one hand material, as well as on the other hand, sensual and emotional aspects of early modern culture. Each chapter in the volume helps illuminate early modern religious culture from the perspective of the production of illustrated religious texts - to see the book as object, a point at which various vectors of early modern society met. Case studies, together with theoretical contributions, shed light on the ways in which illustrated religious books functioned in evolving societies, by analysing the use, re-use and sharing of illustrated religious texts in England, France, the Low Countries, the German States, and Switzerland. Interpretations based on points of material interaction show us how the most basic binaries of the early modern world - Catholic and Protestant, word and image, public and private - were disrupted and negotiated in the realm of the illustrated religious book. Through this approach, the volume expands the historical appreciation of the place of imagery in post-Reformation Europe.

Illustrated Religious Texts in the North of Europe, 1500-1800