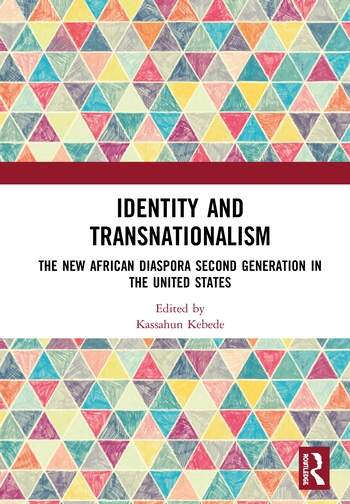 Identity and Transnationalism: The New African Diaspora Second Generation in the United States

In the half a century since the passage of the Immigration and Nationality Act of 1965, close to 1.4 million black African immigrants have come to the United States (Pew Research Center 2015). Nevertheless, in proportion to its growing size, the New African Diaspora in the United States, particularly the second generation constitutes one of the least studied groups. In seeking to redress the dearth of scholarship on the New African Diaspora in the United States, the contributors to this book have documented the lives and experiences of second-generation African immigrants. Based on fresh data, the chapters provide insight into the intersection of immigrant cultures and mainstream expectations, as the second-generation African immigrants seek to define and redefine being and becoming American. Specifically, the authors discuss how the second-generation Africans contest being boxed into embracing a Black identity that is the product of specific African American histories, values, and experiences not shared by recent African immigrants. The book also examines the second generations' connections with their parents' ancestral countries and whether and for what reasons they participate in transnational activities.

Authored and edited by key immigration scholars, Identity and Transnationalism represents a ground-breaking contribution to the nascent discussion of the New African Diaspora’s second generation. It will be of great interest to scholars of Cultural Anthropology, The New African Diaspora, African Studies, Sociology and Ethnic studies.

This book was originally published as a special issue of African and Black Diaspora.

1. The African second generation in the United States – identity and transnationalism: an introduction.

5. It is tough to be a Liberian refugee in Staten Island, NY: the importance of context for second generation African immigrant youth

6. Transnational identity formation of second-generation Cameroonian youth in the United States: a perspective of a Cameroonian parent-educator.

7. Fitting In and standing out: identity and transnationalism among second-generation African immigrants in the United States,

Kassahun Kebede is an Assistant Professor of Anthropology at Eastern Washington University, USA. He has extensive research in international migration issues. His previous publication examined post-resettlement recovery experiences of communities displaced by a large hydroelectric dam in Southwestern Ethiopia.

Identity and Transnationalism: The New African Diaspora Second Generation in the United States