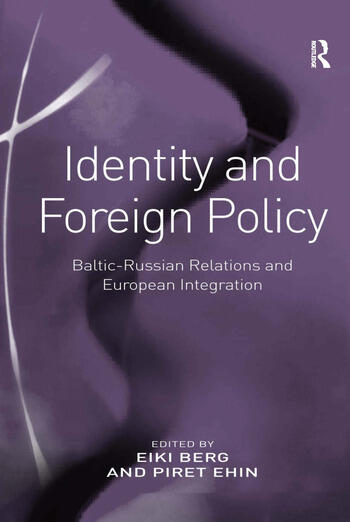 ’Cultivates the study of symbols and memory politics, the home-ground of constructivism. Provides inspiring insights into the "ghosts of the past", still haunting Baltic-Russian relations. This coherent volume includes several valuable articles on conflicting memory policies in the context of European integration.' Hans Mouritzen, Danish Institute for International Studies, Denmark 'The post-Soviet generation of Russian and Baltic scholars have succeeded where politicians have failed. Drawing on recent scholarship on the importance of identity and memory to politics, they give us an incisive account of how different commemorations of previous encounters clash and sour present-day foreign relations. An important stock-taking of a volatile European border area. ' Iver B. Neumann, Norwegian Institute of International Affairs, Norway 'The editors have shown remarkable courage, venturing across a political minefield: politics of memory and identity construction in Baltic-Russian relations. The chapters treat the contested issues, from 9 May commemorations in Russia to war memorials in Estonia, with historical acumen and political impartiality, making for a well-balanced, intellectually rewarding and extremely timely book.' Sergei Medvedev, Higher School of Economics, Russia 'In a nutshell, the book's incisive analysis and constructivist values are an important contribution to the varied literature on Baltic-Russian relations that will be useful to scholars already working in this sector.' Europe-Asia Studies '... the book provides a fundamental manual of current Baltic-Russian relations. Data and events are up-to-date and describe in great detail the issues that Baltic states complain about in Russian foreign policy. The mix of geopolitics, energy security, EU enlargement, and historical and sociological issues provides an interesting and comprehensive framework for interpreting ongoing regional developments.' The International Spectator 'Overall, the book prov