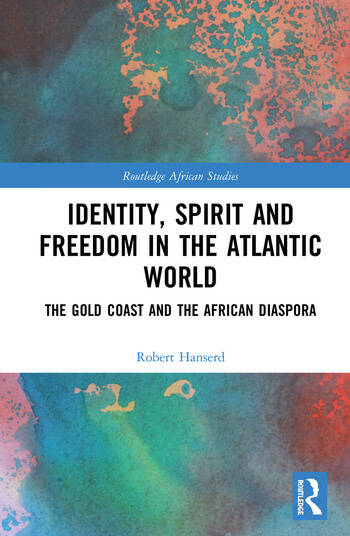 Identity, Spirit and Freedom in the Atlantic World: The Gold Coast and the African Diaspora

This book applies oral, archival and other interdisciplinary evidence from West Africa and the Americas to analyses of new world Maroons, slaves and free blacks, examining a "Gold Coast" entrepot of Akan, Ga, Guan and other peoples in an Atlantic era of non-linear, mutable intersection of contested history and culture.

Combining extant evidence with newer interdisciplinary insights to reconsider under-recognized histories and actors, Identity, Spirit and Freedom in the Atlantic World explores West African cosmologies, regional statecraft and socio-cultural practice, and the way they contributed to Atlantic ideas of freedom, identity and spirituality. Archival researches of British, Dutch and Danish Atlantic thoroughfares bring to light histories of royals, priests and others remade as captive laborers, Maroons and free blacks. Looking at Akwamu’s overtaking of Great Accra, Jamaica’s Maroon Wars, the 1712 Rebellion in New York and many other examples, this book explores the evolution of identity and spirituality in the diaspora of the Gold Coast and the Atlantic world.

Identity, Spirit and Freedom in the Atlantic World will be of interest to scholars and students of African studies, the African diaspora, cultural studies and Atlantic and American history.

2. Wayward, Haughty with Spotted Skin and Disheveled Hair: The Life and History of Okomfo Anokye: c.1635-1720

4. The enshrinements of the Asante Sika Dwa (The Golden Stool) in 1701 and the Akyem Abuakwa Ofori stool at Akuapem 1733

7. The 1712 Rebellion: ‘One Conspirator was Pregnant, Her Execution ‘Suspended’ Until the Child was born’

Robert Hanserd is an Assistant Professor of Atlantic and African History at Columbia College, Chicago, USA.

Identity, Spirit and Freedom in the Atlantic World: The Gold Coast and the African Diaspora