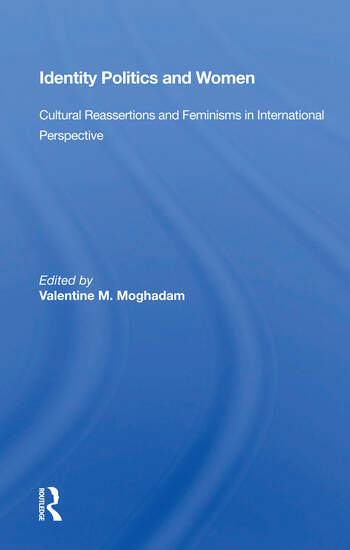 Identity politics refers to discourses and movements organized around questions of religious, ethnic, and national identity. This volume focuses on political cultural movements that are making a bid for state power, for fundamental juridical change, or for cultural hegemony. In particular, the contributors explore the relations of culture, identity, and women, providing vivid illustrations from around the world of the compelling nature of Woman as cultural symbol and Woman as political pawn in male-directed power struggles. The discussions also provide evidence of women as active participants and as active opponents of such movements. Taken together, the chapters provide answers to some pressing questions about these political-cultural movements: What are their causes? Who are the participants and social groups that support them? What are their objectives? Why are they preoccupied with gender and the control of women? The first section of the book offers theoretical, comparative, and historical approaches to the study of identity politics. A second section consists of thirteen case studies spanning Muslim, Christian, Jewish, and Hindu countries and communities. In the final section, contributors discuss dilemmas posed by identity politics and the strategies designed in response.

Preface and Acknowledgments -- Theoretical, Comparative, and Historical Perspectives -- Introduction: Women and Identity Politics in Theoretical and Comparative Perspective -- The Creation of the World We Know: The World-Economy and the Re-creation of Gendered Identities -- The Ideal Woman and the Ideal Society: Control and Autonomy in the Construction of Identity -- Gender as an Ethno-Marker: Rape, War, and Identity Politics in the Former Yugoslavia -- Women of the West Imagined: The Farangi Other and the Emergence of the Woman Question in Iran -- Country Case Studies -- Politics, Islam, and Women in Kano, Northern Nigeria -- Gender, Religious Identity, and Political Mobilization in Sudan -- Feminism and Muslim Fundamentalism: The Tunisian and Algerian Cases -- The Social Representation of Women in Algeria's Islamist Movement -- Gender Activism: Feminists and Islamists in Egypt -- Identity Politics and Women: "Fundamentalism" and Women in Pakistan -- Moving Away from a Secular Vision? Women, Nation, and the Cultural Construction of Hindu India -- Identity Politics and the Contemporary Indian Feminist Movement -- Women and Fundamentalism: The Case of Turkey -- Halakha, Zionism, and Gender: The Case of Gush Emunim -- The Role, Place, and Power of Middle-Class Women in the Islamic Republic -- Paradoxical Politics: Gender Politics Among Newly Orthodox Jewish Women in the United States -- Women of the New Right in the United States: Family, Feminism, and Politics -- Dilemmas and Strategies -- The Preferential Symbol for Islamic Identity: Women in Muslim Personal Laws -- Identity Politics and Women's Ethnicity -- International Standards of Equality and Religious Freedom: Implications for the Status of Women 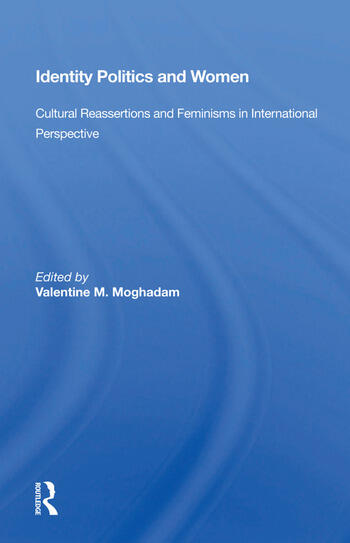