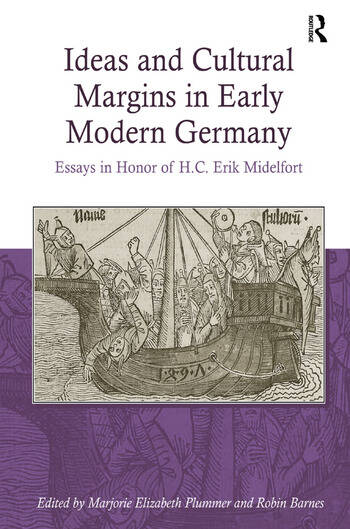 While the assumption of a sharp distinction between learned culture and lay society has been broadly challenged over the past three decades, the question of how ideas moved and were received and transformed by diverse individuals and groups stands as a continuing challenge to social and intellectual historians, especially with the emergence and integration of the methodologies of cultural history. This collection of essays, influenced by the scholarship of H.C. Erik Midelfort, explores the new methodologies of cultural transmission in the context of early modern Germany. Bringing together articles by European and North American scholars: this volume presents studies ranging from analyses of individual worldviews and actions, influenced by classical and contemporary intellectual history, to examinations of how ideas of the Reformation and Scientific Revolution found their way into the everyday lives of Germans of all classes. Other essays examine the ways in which individual thinkers appropriated classical, medieval, and contemporary ideas of service in new contexts, discuss the means by which groups delineated social, intellectual, and religious boundaries, explore efforts to control the circulation of information, and investigate the ways in which shifting or conflicting ideas and perceptions were played out in the daily lives of persons, families, and communities. By examining the ways in which people expected ideas to influence others and the unexpected ways the ideas really spread, the volume as a whole adds significant features to our conceptual map of life in early modern Europe.

Robin B. Barnes is Professor of History at Davidson College, USA.

'... Erik Midelfort is one of America's premier historians. This superb Festschrift of nineteen articles by colleagues and former students explores social dimensions of the intellectual life and 'cultural margins' of German society to which he has awakened Reformation scholars over the past four decades.' Lutheran Quarterly