The ISRM Book Series comprises significant scientific publications in rock mechanics and related disciplines. The aim of the Series is to promote the scientific output of ISRM (International Society for Rock Mechanics).

INTRODUCTION
The Series will be published on a regular basis, according to the emergence of noteworthy scientific developments. Each volume in the Series is prepared independently and focuses on a topical theme. Volumes are published on an occasional basis, and include high quality scientific contributions that have not been published elsewhere before. Contributions will be rigorously peer-reviewed by experts in the field, ensuring strong scientific standards, and are expected to be leading in rock mechanics and related disciplines.  The Series may include edited volumes, textbooks, reference works and books on advanced scientific topics. ISRM members benefit from a 30% discount on ISRM Book Series volume purchases. Volumes can be ordered via www.crcpress.com.

READERSHIP
The expected readers of the book are all those involved in rock mechanics and rock engineering activities, in the fields of civil, mining and petroleum engineering, and engineering geology. This includes professionals working in field and laboratory testing, modelling of rock structures, rock engineering design or petroleum geomechanics. The ISRM book series will also be of interest to scientists, researchers and post-graduate students carrying out their investigations in rock mechanics.

INTERNATIONAL EDITORIAL BOARD
The Initial Editorial Board during the establishment of the ISRM Book Series (i.e. the current ISRM Board—which will change for the period 2015–2019): 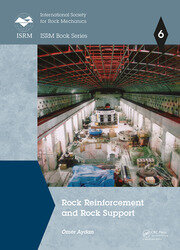 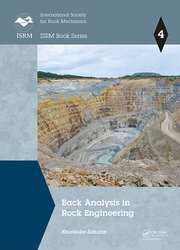 Back Analysis in Rock Engineering 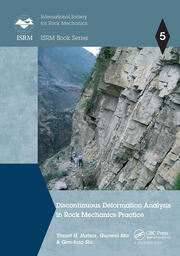 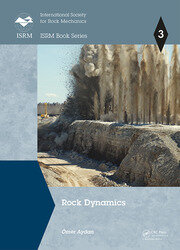 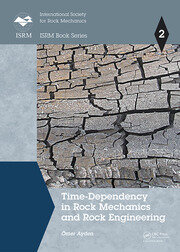 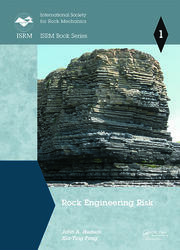 The stability of underground and surface geotechnical structures during and after excavation is of great concern as any kind of instability may result in damage to the environment as well as time-consuming high cost repair work. The forms of instability, their mechanisms and the conditions...

Back Analysis in Rock Engineering

This book provides practicing engineers working in the field of design, construction and monitoring of rock structures such as tunnels and slopes with technical information on how to design, how to excavate and how to monitor the structures during their construction. Based on the long-term...

The numerical, discrete element, Discontinuous Deformation Analysis (DDA) method was developed by Dr. Gen-hua Shi while he was working at the University of California, Berkeley, under the supervision of Prof. Richard E. Goodman in the late 1980s. Two-dimensional DDA was published in 1993 and...

This book provides a new, necessary and valuable approach to the consideration of risk in underground engineering projects constructed within rock masses. There are Chapters on uncertainty and risk, rock engineering systems, rock fractures and rock stress, the design of a repository for radioactive...

Want to Publish with Us?

If you are interested in proposing a book for the series, please contact one of the series editors or one of our acquisitions editors.