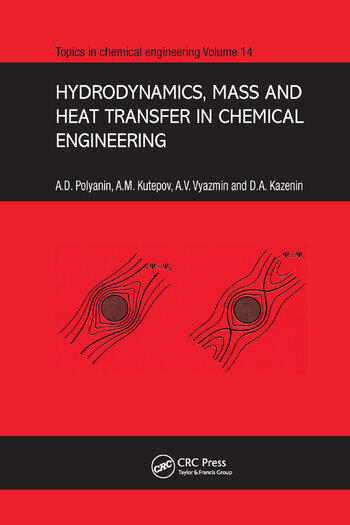 Hydrodynamics, Mass and Heat Transfer in Chemical Engineering contains a concise and systematic exposition of fundamental problems of hydrodynamics, heat and mass transfer, and physicochemical hydrodynamics, which constitute the theoretical basis of chemical engineering in science. Areas covered include: fluid flows; processes of chemical engineering; mass and heat transfer in plane channels, tubes and fluid films; problems of mass and heat transfer; the motion and mass exchange of power-law and viscoplastic fluids through tubes, channels, and films; and the basic concepts and properties of very specific technological media, namely foam systems.
Topics are arranged in increasing order of difficulty, with each section beginning with a brief physical and mathematical statement of the problem considered, followed by final results, usually given for the desired variables in the form of final relationships and tables.