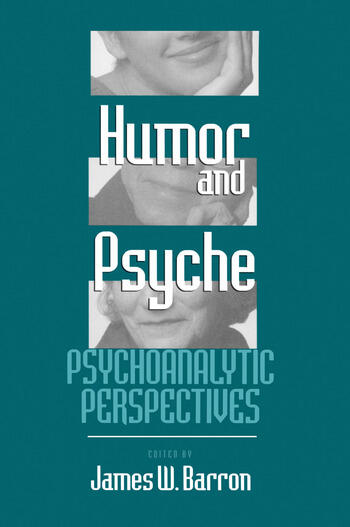 Humor, a topic that engaged Sigmund Freud both early and late in his career, is richly intertwined with character, with creativity, and with the theory and practice of psychoanalytic therapy. Yet, until very recently, analysts ignored Freud's lead and relegated humor to the periphery of their concerns. Humor and Psyche not only remedies previous neglect of the role of humor in the psychoanalytic situation but opens to a broad and balanced consideration of the role of humor in psychological life.

Section I provides historical and theoretical perspectives on the concept of humor. Contributors review Freudian and post-Freudian theories of humor, address the inseparability of humor and play, adumbrate a postmodernist perspective on humor, and focus on the unique cognitive and affective properties of humor. In Section II contributors turn to the relationship of humor to various aspects of the therapeutic process, including the relationship of humor to transference interpretation, the enlivening effects of humor on the therapeutic process, and the multiple meanings of humorous exchanges between therapists and patients. Section III concludes the volume with three fascinating essays on the relationship of humor to character and creativity. They focus, respectively, on the role of humor in the 25-year correspondence of Freud and Sándor Ferenczi, on the interweaving of D. W. Winnicott's comic spirit and theoretical innovations, and on the relationship between humor and creativity in the music of the American composer Charles Ives.

Taken together, the contributors reestablish the importance of humor as a topic of psychotherapeutic relevance more than 70 years after Freud's final essay on the topic.  Delightfully readable from beginning to end, Humor and Psyche edifies as it entertains.

Introduction - James W. Barron
I.  Historical and Philosophical Perspectives
1. The Psychoanalytic Struggle to Solve the Mystery of Humor: A Historical Survey - Martin S. Bergmann
2. Humor and Play - Jean Sanville
3. Cracks: On Castration, Death, and Laughter - Barnaby B. Barrett
4. Humor and Its Relation to the Unconscious - James S. Grotstein
II. Therapeutic Process
5. The Delicate Balance Between the Use and Abuse of Humor in the Psychoanalytic Setting - Ronald Baker
6. Humor, the Transitional Space, and the Therapeutic Process - Peter L. Giovacchini
7. Humor Is a Funny Thing: Dimensions of the Therapeutic Relationship - W. W. Meissner
III. Character and Creativity
8. Humor in the Freud-Ferenczi Correspondence - Judith Dupont
9. Winnicott's Laughter - Robert Rodman
10. This Scherzo Is [Not] a Joke - Stuart Feder
Conclusion - James W. Barron